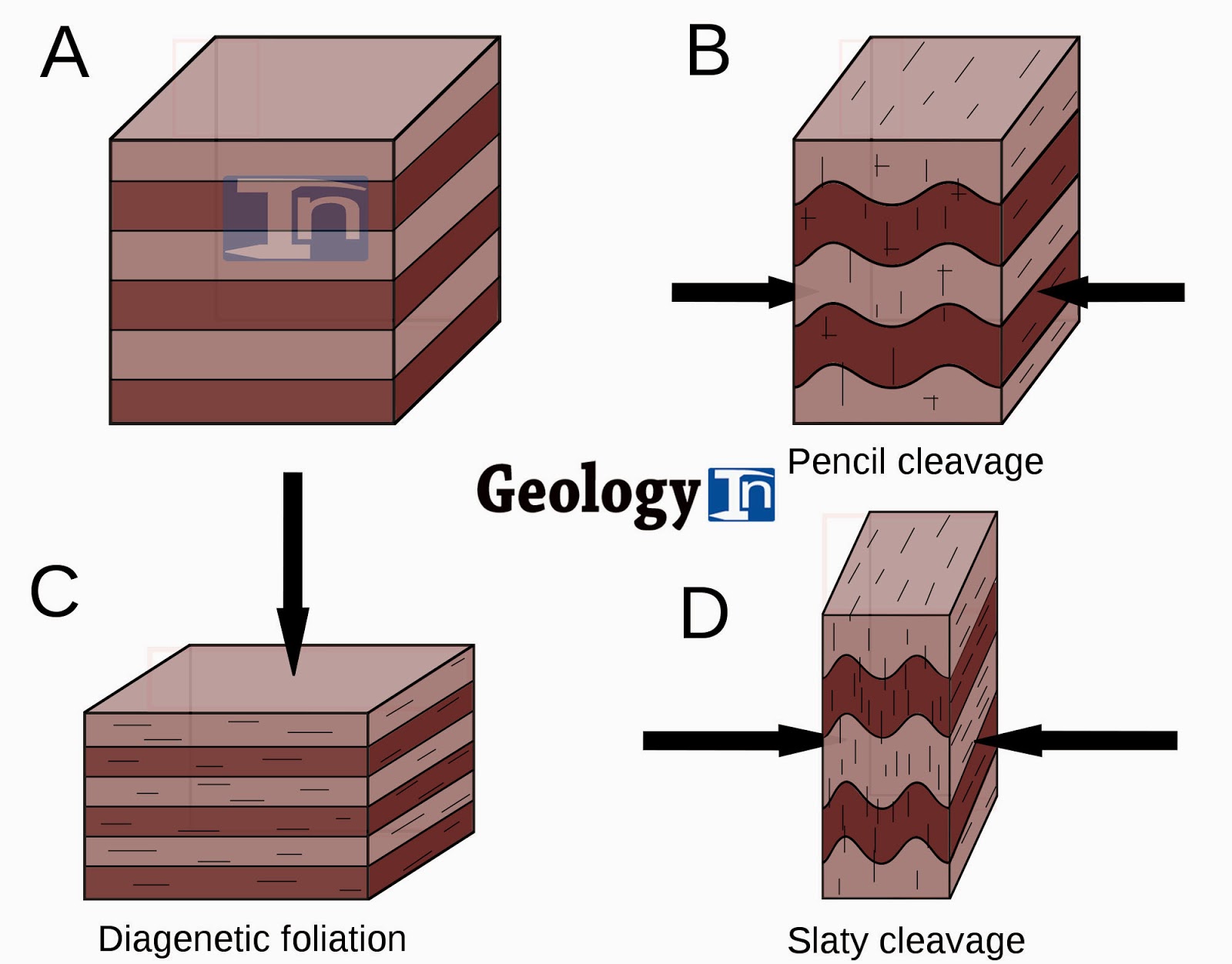 Cleavage A secondary fabric element, formed under low-temperature conditions, that imparts to the rock a tendency to split along planes.

Cross-cutting cleavage Cleavage that is not parallel to the axial plane of a fold (also nonaxial plane cleavage); the term transecting cleavage is used when cleavage and folding are considered roughly synchronous in a transpressional regime.

Fabric The geometric arrangement of component features in a rock, seen on a scale large enough to include many samples of each feature.

Foliation The general term for any type of “planar” fabric in a rock (e.g., bedding, cleavage, schistosity).

Gneissosity Foliation in feldspar-rich metamorphic rock, formed at intermediate to high temperatures, that is defined by compositional banding; the prefixes “ortho” and “para” are used for igneous and sedimentary protoliths, respectively.

Lineation A fabric element that is best represented by a line, meaning that one of its dimensions is much longer than the other two.

Mylonitic foliation A foliation in ductile shear zones that is defined by the dimensional preferred orientation of flattened grains; the foliation tracks the XY flattening plane of the finite strain ellipsoid and is therefore at a low angle to the shear-zone boundary.

Phyllitic cleavage Foliation that is composed of strongly aligned fine-grained white mica and/or chlorite; the mineralogy and fabric of phyllites give the rock a distinctive silky appearance, called phyllitic luster.

Schistosity Foliation in metamorphic rock, formed at intermediate temperatures, that is defined by mica (primarily muscovite and biotite), which gives the rock a shiny appearance.