Doubling of coastal erosion by mid-century in Hawai'i 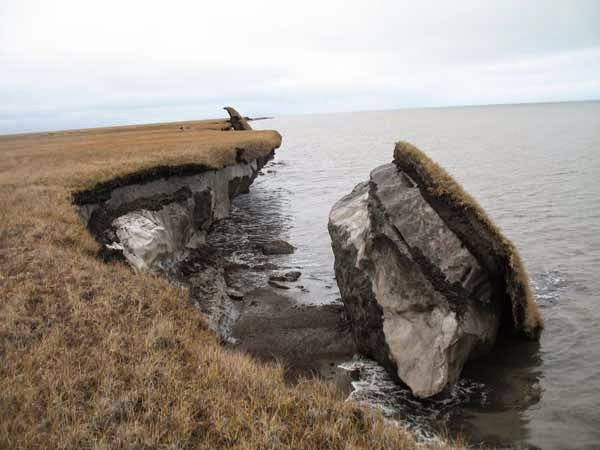 Chronic erosion dominates the sandy beaches of Hawai'i, causing beach loss as it damages homes, infrastructure, and critical habitat. Researchers have long understood that global sea level rise will affect the rate of coastal erosion. However, new research indicates that coastal erosion of Hawai'i's beaches may double by mid-century.

Chronic erosion dominates the sandy beaches of Hawaiʻi, causing beach loss as it damages homes, infrastructure and critical habitat. Researchers have long understood that global sea level rise will affect the rate of coastal erosion.
For the study "Doubling of coastal erosion under rising sea level by mid-century in Hawaiʻi," published this week in Natural Hazards, the research team developed a simple model to assess future erosion hazards under higher sea levels -- taking into account historical changes of Hawaiʻi shorelines and the projected acceleration of sea level rise reported from the Intergovernmental Panel on Climate Change (IPCC). The results indicate that coastal erosion of Hawaiʻi's beaches may double by mid-century.
"Business as Usual" leads to double erosion
Like the majority of Hawaiʻi's sandy beaches, most shorelines at the 10 study sites on Kauaʻi, Oʻahu and Maui are currently retreating. If these beaches were to follow current trends, an average 20 to 40 feet of shoreline recession would be expected by 2050 and 2100, respectively.
"When we modeled future shoreline change with the increased rates of sea level rise (SLR) projected under the IPCC's "business as usual" scenario, we found that increased SLR causes an average 16-20 feet of additional shoreline retreat by 2050, and an average of nearly 60 feet of additional retreat by 2100," said Tiffany Anderson, lead author and post-doctoral researcher at the UH Mānoa School of Ocean and Earth Science and Technology.
"This means that the average amount of shoreline recession roughly doubles by 2050 with increased SLR, compared to historical extrapolation alone. By 2100, it is nearly 2.5 times the historical extrapolation. Further, our results indicate that approximately 92 percent and 96 percent of the shorelines will be retreating by 2050 and 2100, respectively, except at Kailua, Oʻahu which is projected to begin retreating by mid-century."
Preparing for the future
The model accounts for accretion of sand onto beaches and long-term sediment processes in making projections of future shoreline position. As part of ongoing research, the resulting erosion hazard zones are overlain on aerial photos and other geographic layers in a geographic information system to provide a tool for identifying resources, infrastructure and property exposed to future coastal erosion.
"This study demonstrates a methodology that can be used by many shoreline communities to assess their exposure to coastal erosion resulting from the climate crisis," said Chip Fletcher, associate dean at the School of Ocean and Earth Science and Technology and co-author on the paper.
Mapping historical shoreline change provides useful data for assessing exposure to future erosion hazards, even if the rate of sea level rise changes in the future. The predicted increase in erosion will threaten thousands of homes, many miles of roadway and other assets in Hawaiʻi. Globally the asset exposure to erosion is enormous.
"With these new results government agencies can begin to develop adaptation strategies, including new policies, for safely developing the shoreline," said Anderson.
To further improve the estimates of climate impacts, the next step for the team of researchers will be to combine the new model with assessments of increased flooding by waves.


The above story is based on materials provided by University of Hawaii at Manoa.Note: Materials may be edited for content and length.
Share to: