Earthquake potential where there is no earthquake history 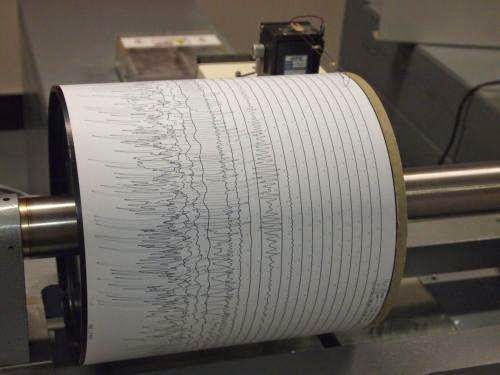 It may seem unlikely that a large earthquake would take place hundreds of kilometers away from a tectonic plate boundary, in areas with low levels of strain on the crust from tectonic motion. But major earthquakes such as New Zealand's 2011 Mw 6.3 quake have shown that large earthquakes do occur. So what should seismologists look for if they want to identify where an earthquake might happen despite the absence of historical seismic activity?

Roger Bilham of the University of Colorado shows that some of these regions had underlying features that could have been used to identify that the region was not as "aseismic" as previously thought. Some of these warning signs include debris deposits from past tsunamis or landslides, ancient mid-continent rifts that mark the scars of earlier tectonic boundaries, or old fault scarps worn down by hundreds or thousands of years of erosion.
Earth's populated area where there is no written history makes for an enormous "search grid" for earthquakes. For example, the Caribbean coast of northern Colombia resembles a classic subduction zone with the potential for tsunamigenic M>8 earthquakes at millennial time scales, but the absence of a large earthquake since 1492 is cause for complacency among local populations.
These areas are not only restricted to the Americas. Bilham notes that in many parts of Asia, where huge populations now reside and critical facilities exist or are planned, a similar historical silence exists. Parts of the Himalaya and central and western India that have not had any major earthquake in more than 500 years could experience shaking at levels and durations that are unprecedented in their written histories.