Study Shines New Light on the Source of Diamonds 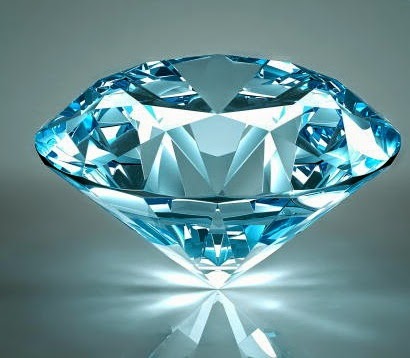 A team of specialists from four Australian universities, including the University of Western Australia, has established the exact source of a diamond-bearing rock for the first time.
These rocks, orangeites, are already commonly found in South Africa. However, the new study now reveals that they may be present in much higher abundance worldwide, including in Australia.

While rough on the outside, orangeites contain not only treasured diamonds but also tiny fragments of mantle and crustal rocks. By using highly sophisticated geochemical and isotopic analytical techniques, the scientists were able to link those fragments to the source of the orangeites, deep in the interior of the planet.

The work was carried out by Associate Professor Marco Fiorentini from UWA's Centre for Exploration Targeting and the ARC Centre of Excellence for Core to Crust Fluid Systems, and colleagues from a team of Australian universities.

"We found strong evidence that orangeites are sourced from MARID (Mica-Amphibole-Rutile-Ilmenite-Diopside) mantle, which up until recently had only been recognised in South Africa," Professor Fiorentini said. "However, ongoing studies suggest that MARID mantle may occur in other continents, including here in Australia."

The team found that orangeites were formed from lava produced by massive volcanic eruptions several tens of millions of years ago. "With such an ancient age perhaps diamonds truly are forever," joked Professor Fiorentini. "What is certain is that the new study provides key information about the composition of the deep Earth.

"Orangeites are the solidified product of lavas from explosive volcanic eruptions, forming shallow craters and rock-filled fractures (or diatremes) in the Earth's crust. Diatremes breach the Earth's surface and produce a steep inverted cone shape, where diamonds are usually found."

Provided by University of Western Australia