A giant clutch of 43 fossilised dinosaur eggs were discovered by workmen doing roadworks in China.

The Chinese city that boasts the largest number of dinosaur eggs in the world has added a new batch to its impressive collection.

The city, which calls itself the "Home of Dinosaurs," won a Guinness World Record for the world's largest collection of dinosaur eggs at its museum in 2004.

Huang Zhiqing, deputy director of the Heyuan Museum, told CNN that it was the first time the fossils have been discovered in the bustling city center.

Major road repair work was halted as a team of researchers and construction workers jumped down into a ditch to dig out the fossils.

Nineteen of the eggs are completely intact, with the largest measuring as much as 13 centimeters (5 inches) in diameter, Huang said.

Researchers said they will continue to examine the fossils to determine which dinosaur species they belong to.

Most of the eggs in the museum's existing collection belong to oviraptorid and duck-billed dinosaurs, which roamed the earth 89 million years ago.

Nearly 17,000 dinosaur eggs have been uncovered in the city since the first group of fossils was found in 1996 by children playing at a construction site, the China's official news agency Xinhua reported. 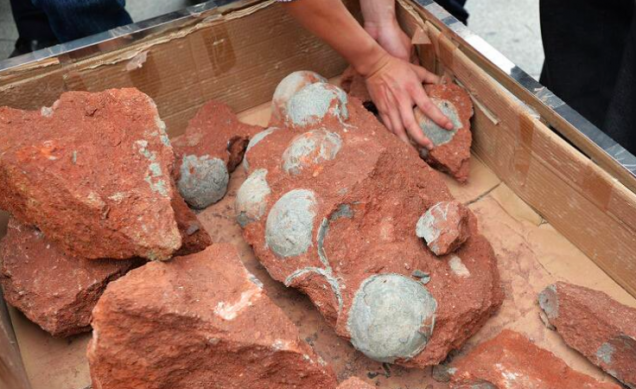 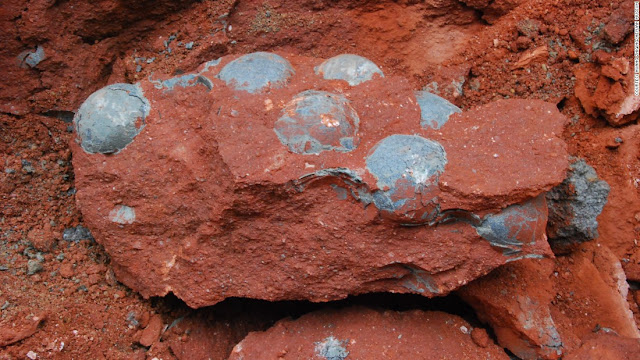 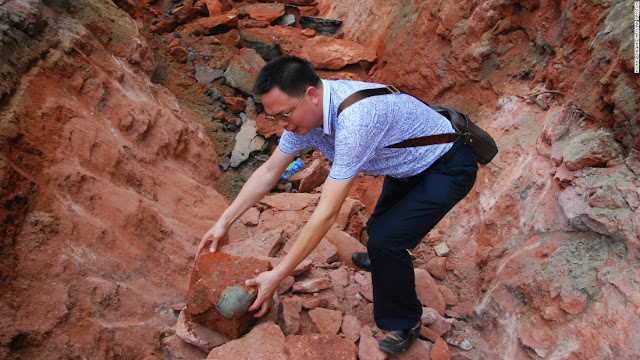