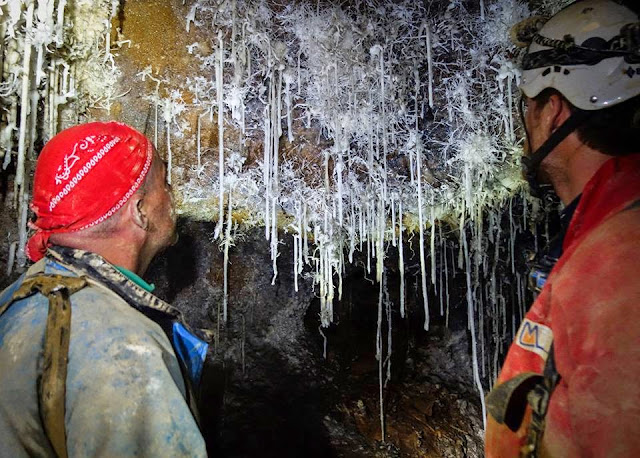 The cave are 30 km of galeries, in several levels. The highest level is a fosil galery, with a big speleothems concentration. The lowest levels, are hepifreatic and freatic, with a river. The helictites are in the highest level. This type of minerals It consists of aragonite crystals and calcite.

Other singular aspect of this minerals, concretly, the cave is close and in the same stone, of a PB-Zn sulfide desposit. The host rock is dolomite. This area, and a part of the cave was a metallic mine since 1855 to 1936. 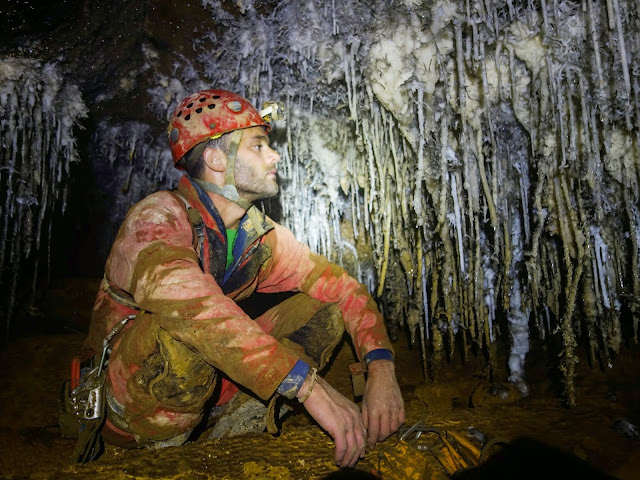 A helictite is a speleothem found in limestone caves that changes its axis from the vertical at one or more stages during its growth. They have a curving or angular form that looks as if they were grown in zero gravity. They are most likely the result of capillary forces acting on tiny water droplets, a force often strong enough at this scale to defy gravity.

Helictites are, perhaps, the most delicate of cave formations. They are usually made of needle-form calcite and aragonite. Forms of helictites have been described in several types: ribbon helictites, saws, rods, butterflies, "hands", curly-fries, and "clumps of worms." They typically have radial symmetry. They can be easily crushed or broken by the slightest touch. Because of this, helictites are rarely seen within arm's reach in tourist caves. 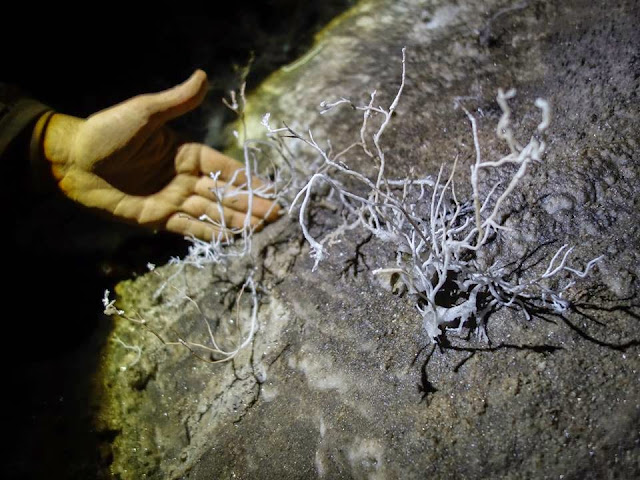 
The growth of helictites is still quite enigmatic. To this day there has been no satisfactory explanation for how they are formed. Currently, formation by capillary forces is the most likely theory, but another theory based on wind formation is also viable. 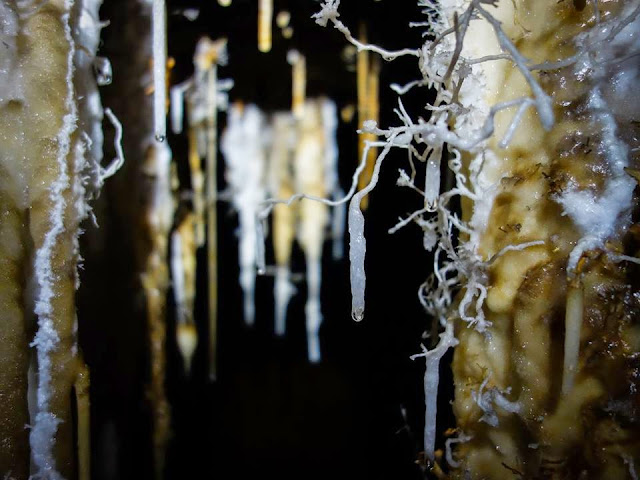 
A helictite starts its growth as a tiny stalactite. The direction of the end of the straw may wander, twist like a corkscrew, or the main part may form normally while small helictites pop out of its side like rootlets or fishhooks. In some caves, helictites cluster together and form bushes as large as six feet tall. These bushes grow from the floor of the cave. When helictites are found on cave floors, they are referred to as heligmites, though there is debate as to whether this is a genuine subcategory.

For an unknown reason, when the chemical composition of the water is slightly altered, the single crystal structure can change from a cylindrical shape to a conical one. In some of these cases, each crystal fits into the prior one like an inverted stack of ice cream cones. 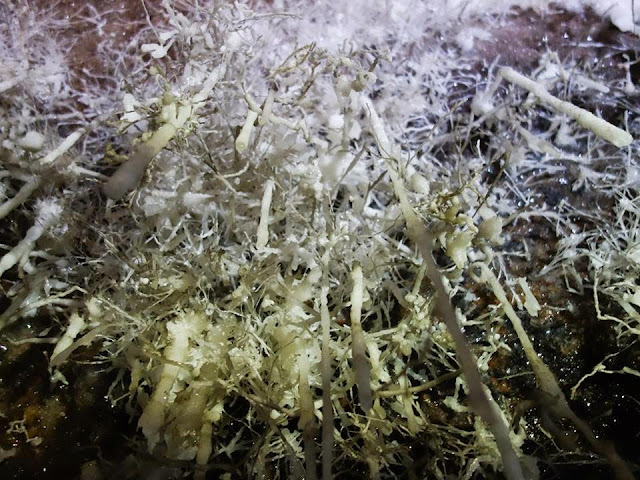 For more information about this cave contact with: Sergio Rg who sent us the photos.
Share to: