Signs of ancient earthquakes may raise risks for New Zealand 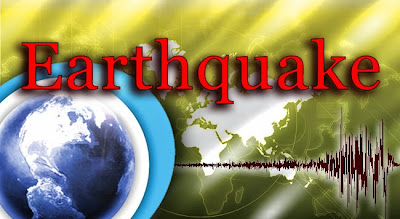 Researchers have uncovered the first geologic evidence that New Zealand's southern Hikurangi margin can rupture during large earthquakes. The two earthquakes took place within the last 1000 years, and one was accompanied by a tsunami, according to the study published in the Bulletin of the Seimological Society of America (BSSA).
The earthquakes took place roughly 350 years apart, according to the analysis by Kate Clark of GNS Science and colleagues. This may mean that the time between large earthquakes in this region is shorter than scientists have thought. The current seismic models account for these types of earthquakes every 500 to 1000 years.
A worst-case, M8.9 Hikurangi earthquake could cause about 3350 deaths and 7000 injuries, and lead to $13 billion in costs in New Zealand's capital Wellington alone, according to a calculation made in 2013 by a different set of scientists. The Hikurangi margin marks the area where the Pacific and Australian tectonic plates collide to the east of New Zealand. The margin is one of the few places around the Pacific where a major subduction interface earthquake—which occurs deep in the crust where one plate is thrust under another—has not occurred in historic times.
However, "subduction earthquakes are not a 'new' risk for New Zealand, as we have always assumed they can occur, and they are accounted for in our seismic hazard models," Clark said. "This study is significant in that it confirms that risk.
"We have a record of three to five past earthquakes on most of the major upper plate faults in the [New Zealand] lower North Island and upper South Island, but there was previously no evidence of past subduction earthquakes on the southern Hikurangi margin," Clark explained. "Subduction earthquakes have the potential to be significantly larger in magnitude than upper plate fault ruptures, affect a much larger spatial area and are much more likely to trigger tsunami."
To look for evidence of past earthquakes on the margin, the researchers performed a painstaking examination of the geologic layers contained within a salt marsh at Big Lagoon in the southeastern Wairau River valley on South Island. They analyzed cores drilled from the marsh to look at differences in the kinds of sediment and the shells from tiny marine animals called foraminifera, deposited throughout a stretch of the lagoon's history.
These data revealed that the lagoon sank relatively suddenly twice during the past 1000 years, suggesting that the land was subsiding as a result of significant earthquakes. The more recent earthquake occurred between 520 and 470 years ago.
Another earlier earthquake probably took place between 880 and 800 years ago. Judging by the sedimentary debris found at that time, this earthquake was accompanied by a tsunami that swept more than 360 meters inland at the study site.
Clark said the findings will help researchers better understand the risks posed by large subduction interface earthquakes in the region. Studies have shown, for example, that there have been subduction earthquakes on the central Hikurangi margin, "and we wanted to understand if the central and southern Hikurangi margins are likely to rupture in the same earthquake," said Clark.
"We can see that the [southern Hikurangi margin] subduction earthquake at about 500 years before present possibly correlates with a central Hikurangi margin earthquake, implying both segments may have ruptured in the same earthquake," she continued, "but the radiocarbon dating is not yet precise enough to be certain—possibly there were two earthquake closely spaced in time."
Clark said that she and other scientists are looking at other locations in the lower North Island to find evidence of the same paleoearthquakes, which could help provide a better picture of how big these quakes might have been and how they impacted the region.
"In addition we would like to go further back in time and find evidence of older subduction earthquakes," Clark said."With a longer record of past subduction earthquakes we can get a better constraint on the recurrence of such earthquakes, which will help to forecast future subduction earthquakes."


What caused the Nepal earthquake?
Provided by Seismological Society of America
Share to: