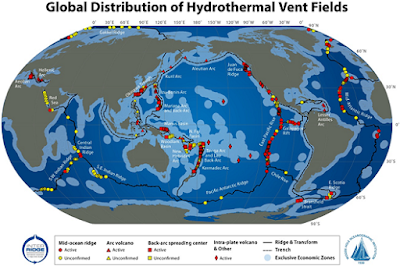 Researchers have discovered a large, previously unknown field of hydrothermal vents in the Gulf of California, about 150 kilometers (100 miles) east of La Paz, Mexico. Lying more than 3,800 meters (12,500 feet) below the surface, the Pescadero Basin vents are the deepest high-temperature hydrothermal vents ever observed in or around the Pacific Ocean.