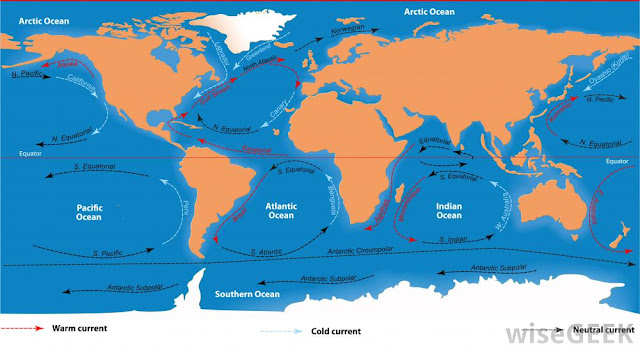 Fossil fish teeth recovered from the ocean floor around Tasmania have shed new light on the origins of the world's largest ocean current, according to a paper released in Nature this week.

Analysis of fish teeth recovered from drilling of the ocean floor, combined with the study of tectonic plate movements by Dr Joanne Whittaker of the University of Tasmania's Institute for Marine and Antarctic Studies and Dr Simon Williams from the University of Sydney, has revealed how the flow of water around Antarctica began.

"The Antarctic Circumpolar Current (ACC) is the world's largest ocean current. It flows clockwise around Antarctica because there are no land masses in the way and it plays a role in maintaining the large ice sheets on Antarctica because it keeps warmer ocean waters away," Dr Whittaker explained.

"Despite its role in stabilising Antarctic ice sheets, the onset of the Antarctic Circumpolar Current has been poorly understood.

"Tasmania separating from Antarctica about 35 million years ago created the Tasmanian Seaway and for a long time scientists have thought that the opening of this seaway enabled the onset of the ACC, but we've found out this is not the case."

In the paper 'Onset of Antarctic Circumpolar Current 30 million years ago as Tasmanian Gateway aligned with westerlies' the Australian scientists and US collaborators, who studied fish teeth in ocean sediment, show that in fact the Tasmanian Seaway had already been open for up to five million years before the ACC became a circulation feature.

"We discovered that opening the Tasmanian Seaway on its own wasn't enough. It needed to move far enough north to be in the westerly wind band. When the seaway first opened it was too far south. Once it moved further north, the westerly winds were able to drive water through the seaway, and the Earth's biggest ocean current began," Dr Whittaker said.

"The ACC is important because it regulates the exchange of heat and carbon between the ocean and the atmosphere and influences vertical ocean structure, deep-water production and the global distribution of nutrients and chemical tracers."

The US researchers used fossil fish teeth from different layers of sediments deposited on the sea floor to build a record over many millions of years of seawater composition at sites around Tasmania.

Different oceans have distinct chemical (termed isotopic) "fingerprints", and this difference in the seawater is recorded in fish teeth that settle on the ocean floor, with the isotopes in their teeth preserving the seawater composition at their time of death.

The records show how Tasmania once formed a barrier between Pacific and Indian oceans, but as they moved apart water began to mix, first flowing from the Pacific towards the Indian Ocean, and then from the Indian Ocean to the Pacific, as it still does today.

These changes in ocean circulation are linked to global climate, and scientists believe this may have played a role in the draw down or sinking of carbon dioxide, leading to stabilisation of the 'icehouse' world.