What Makes Some Gems More Valuable Than Others 2? 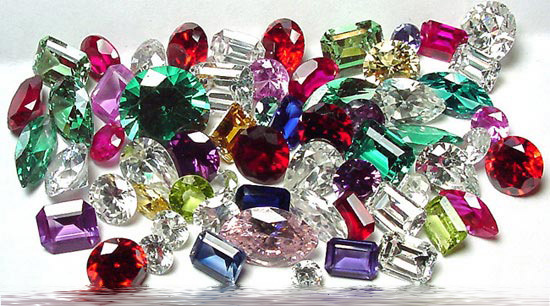 What makes some gems more valuable than others ?

The function of the cut is to display the gem’s inherent beauty to the greatest extent possible. Since this involves aesthetic preferences upon which there is little agreement, such as shape and faceting styles, this is the most subjective of all aspects of quality analysis.

Shape. This describes the girdle outline of the gem, i.e. round, oval, cushion, emerald, etc. While preferences in this area are largely a personal choice, due to market demand and cutting yields, certain shapes fetch a premium. For most colored stones, ovals and cushions are the norm. Rounds and emerald shapes are more rare, and so receive a premium from about 10–20% above the oval price. Pears and marquises are less desirable, and so trade about 10–20% less than ovals of the same quality. The shape of a cut gem almost always relates to the original shape of the rough. Thus the prevalence of certain shapes, such as ovals, which allow greatest weight retention.

Cutting style. The cutting style (facet pattern) is also a rather subjective choice. Again, because of market demand, manufacturing speed and cutting yields, certain styles of cut may fetch premiums. The mixed cut (brilliant crown/step pavilion) is the market standard for ruby and sapphire, while the step (emerald) cut is the standard for emerald.

Proportions. The faceted cut is designed to create maximum brilliance and scintillation in the most symmetrically pleasing manner. Faceted gems feature two parts, crown and pavilion. The crown’s job is to catch light and create scintillation (and dispersion, in the case of diamond), while the pavilion is responsible for both brilliance and scintillation. Generally, when the crown height is too low, the gem lacks sparkle. Shallow pavilions create windows, while overly deep pavilions create extinction. Again, proportions often are dictated by the shape of the rough material. Thus to conserve weight, Sri Lankan material (which typically occurs in spindle-shaped hexagonal bipyramids) is generally cut with overly deep pavilions, while Thai/Cambodian rubies (which occur as thin, tabular crystals) are often far too shallow.

Symmetry. Like any finely-crafted product, well-cut gems display an obvious attention to detail. A failure to take proper care evidences itself in a number of ways, including the following:

Finish. Lack of care in the finish department is less of a problem than the major symmetry defects above, because it can usually be corrected by simple repolishing. Finish defects include:

Weight in gems is calculated in metric carats, where five carats equal one gram. Generally, as a gem’s weight increases, so does the per-carat price. Such a relationship has long been known, and was first quantified by Villafane in 1572, for diamonds. Today it is most commonly referred to as the ‘Indian Law’ or ‘Tavernier’s Law’, and works as follows:
Wt2 x C = price per stone
Weight of gem = 5 ct (Wt)
Cost of a 1-ct gem of equal quality = $1000 (C)
5 x 5 x 1000 = $25,000 total stone price

Unfortunately, things were not so simple, even for diamonds in the time of Tavernier. The law could not accurately predict the price of diamond below 1 ct, and there were also problems with exceptionally large stones. But it does give a general idea of how prices increase with size.

With gems, we are not dealing with opaque, matt-finish objects of uniform color. Thus it is not enough to simply describe hue position, saturation and darkness. We must also describe the color coverage, scintillation and dispersion.


Differences in proportions, inclusions, transparency, fluorescence, cutting, zoning and pleochroism can produce vast differences in the color coverage of a gem, particularly faceted stones. A gem with a high degree of color coverage is one in which color of high saturation is seen across a large portion of its face in normal viewing positions. Tiny light-scattering inclusions, such as rutile silk, can actually improve coverage, and thus appearance, by scattering light into areas it would not otherwise strike. The end effect is to give the gem a warm, velvety appearance (Kashmir sapphires are famous for this). Red fluorescence in ruby boosts this still further.


Proper cutting is vital to maximize color coverage. Gems cut too shallow permit only short light paths, thus reducing saturation in many areas. Such areas are termed windows. Those cut too deep allow light to exit the sides, creating dark or black areas termed extinction. Areas which allow total internal reflection will display the most highly saturated colors. These areas are termed brilliance.

Color zoning can also reduce color coverage. Ideally, no zoning or unevenness should be present.

the first part: What makes some gems more valuable than others?
Share to: