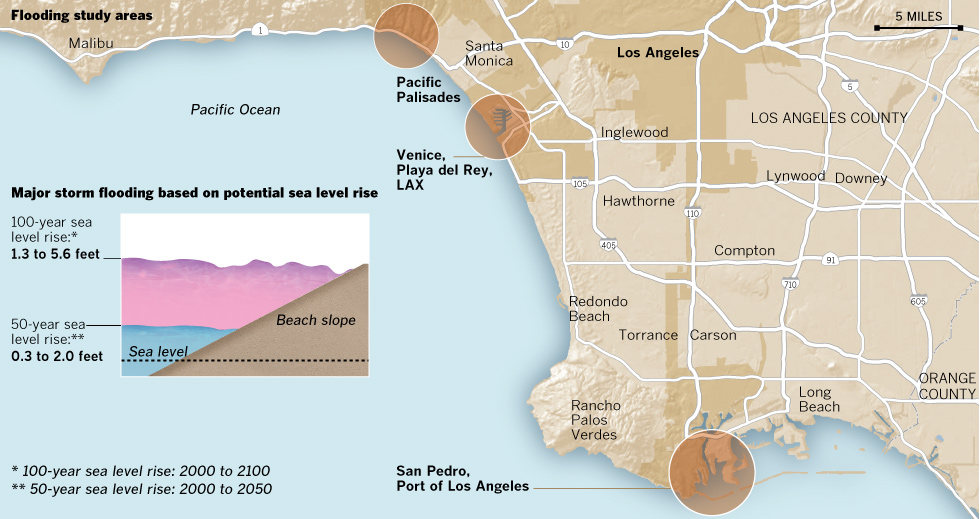 Spatially corrected sea-level records for the Pacific coast indicate that uplift rates are overestimated by 40 percent, scientists report. Uplift is the vertical elevation of Earth's surface in response to plate tectonics.


A new analysis by UC Santa Barbara earth scientist Alex Simms demonstrates that the Pacific coastlines of North America are not uplifting as rapidly as previously thought. The results appear in the journal Geological Society of America Bulletin.

"Current models overestimate uplift rates by an average of 40 percent," said Simms, an associate professor in UCSB's Department of Earth Science. "They do not take into account glacio-isostatic adjustment, Earth's response to the melting and growth of past ice sheets. Previous studies of the Pacific coast, including California, have ignored this when trying to use past sea levels to calculate uplift rates."

Uplift is the vertical elevation of Earth's surface in response to plate tectonics.

Scientists determine uplift rates by measuring marine terraces -- flat mesas that indicate where the ocean level used to be -- and comparing their elevations to geologic records of sea-level change. However, traditionally used "global" sea-level records come from places like the Huon Peninsula of Papua New Guinea, far away from the ice sheets that once covered Canada. That's a problem because the freezing of water into ice sheets and its subsequent thawing actually changed the shape of Earth ever so slightly -- and this deformation affects ocean levels.

According to Simms, the land responds the way a mattress does, indenting from weight and then relaxing back to its original shape. Earth's gravitation field also changes in response to the building up and melting of these ice sheets. These changes to the land and Earth's gravity cause past sea levels to vary across the world. Most of this glacio-isostatic adjustment is not caused by current glacier melt but by the rebound of Earth from the several-kilometer-thick ice sheets that covered much of Canada 20,000 years ago.

Simms and his colleagues compiled existing elevation measurement data from more than two dozen sites ranging from mid-Oregon to Baja California. They then recalculated uplift rates for each, applying a correction for glacio-isostatic adjustment.

Some areas are affected to a greater degree than others. The uplift rate for Punta Cabras in Baja California showed the largest difference: 72 percent lower than previous estimates. The rate for the San Diego area was reduced by 62 percent. For other areas, the rate changes were not as dramatic.

"Areas in Oregon are moving so fast that when you add the correction, the adjustment is much smaller: 10 to 20 percent," Simms said. "If a site is going up 100 meters versus 90 meters, that's not a big change. Here, sea level changed differently because of the distance from where these big ice sheets used to be."

This study provides one of the first spatially corrected sea-level records for California. "A 2012 study looked at one spot with one model, but we looked at variation across the state," Simms explained. "Now our data can be applied not only in California but along the Pacific coast of North America."


The above post is reprinted from materials provided by University of California - Santa Barbara. The original item was written by Julie Cohen. Note: Materials may be edited for content and length.