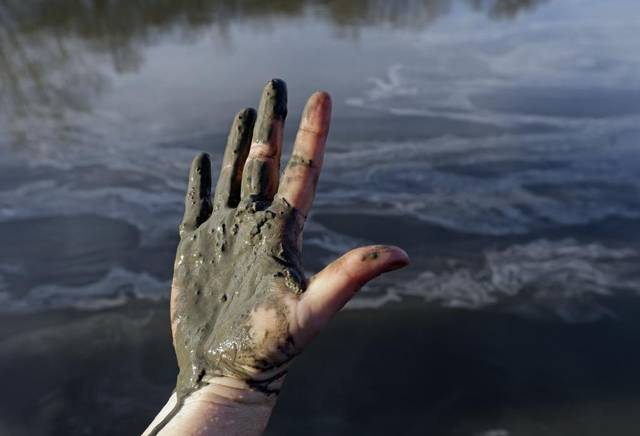 A new study has found radioactive contaminants in coal ash from all three major US coal-producing basins. Levels of radioactivity in the ash were five to eight times higher than in normal soil or in the parent coal itself. This finding raises concerns about the environmental and human health risks posed by coal ash, which currently is unregulated and is stored in coal-fired power plants' holding ponds and landfills nationwide.


The study found that levels of radioactivity in the ash were up to five times higher than in normal soil, and up to 10 times higher than in the parent coal itself because of the way combustion concentrates radioactivity.
The finding raises concerns about the environmental and human health risks posed by coal ash, which is currently unregulated and is stored in coal-fired power plants' holding ponds and landfills nationwide.
"Until now, metals and contaminants such as selenium and arsenic have been the major known contaminants of concern in coal ash," said Avner Vengosh, professor of geochemistry and water quality at Duke's Nicholas School of the Environment. "This study raises the possibility we should also be looking for radioactive elements, such as radium isotopes and lead-210, and including them in our monitoring efforts."
Radium isotopes and lead-210 occur naturally in coal as chemical by-products of its uranium and thorium content. Vengosh's research team revealed that when the coal is burned, the radium isotopes become concentrated in the coal ash residues, and the lead-210 becomes chemically volatile and reattaches itself to tiny particles of fly ash. This causes additional enrichment of radioactivity in the fly ash.
"Radioactive radium and lead-210 ends up concentrated in these tiny particles of fly ash, which though individually small, collectively comprise the largest volume of coal ash waste going into holding ponds and landfills," said Nancy Lauer, a Ph.D. student in Vengosh's lab who was lead author of the study.
Vengosh, Lauer and their colleagues published their peer-reviewed paper Sept. 2 in the journal Environmental Science & Technology.
The study comes as the U.S. Environmental Protection Agency's first-ever regulations on coal ash disposal are set to go into effect in October.
Currently, coal ash disposal sites are not monitored for radioactivity, Vengosh noted, "so we don't know how much of these contaminants are released to the environment, and how they might affect human health in areas where coal ash ponds and landfills are leaking. Our study opens the door for future evaluation of this potential risk."
Smokestack scrubbers installed at U.S. power plants keep these contaminants from escaping into the air when the coal is burned, he stressed. But if the contaminated coal ash is spilled, or if effluents leak from ponds or landfills, it may pose a hazard.
"Because of the tiny size of the fly ash particles, they are much more likely to be suspended in air if they are disposed in a dry form. People breathing this air may face increased risks, particularly since tiny particles tend to be more enriched in radioactivity," Lauer said.
Vengosh said this study is the first systematic study to compare radioactivity in coal and coal ash from the Illinois, Appalachian and Powder River basins. The researchers collected multiple samples of coal and coal ash from all three coal-producing basins and then measured the radioactive elements in each sample.
Their tests showed that coal and coal ash from different basins exhibited different levels of radioactivity -- the Illinois basin had the most, followed by the Appalachian and then the Powder River, which is in Wyoming and Montana. The tests also showed that the ratio of radium to uranium in the parent coal was consistent with the ratio found in its residual coal ash.
"This means we can predict how much potential radioactivity will occur in coal ash by measuring the uranium content in the parent coal, which is easily discerned," Vengosh said. "This analysis can be applied to all coal ash worldwide, and is useful information for regulators, industries and scientists alike."
Because the isotopic ratios of the coal and coal ash varied between basins but were consistent within each individual basin, researchers can also use them to determine the source of environmental contamination. "They allow us to not only distinguish between the three basins, but also to determine whether contaminants are coming from coal ash or some other naturally occurring source in the local environment," Lauer said.