An increasingly popular way of dividing up the stratigraphic record is on the basis of unconformities into sequences. See Figs 1 and 2 for the basic models. A sequence is defined as a succession of relatively conformable, genetically related strata bounded by an unconformity or its correlative conformity.  An unconformity (the sequence boundary) is a surface separating younger from older strata along which there is evidence of subaerial exposure with a significant hiatus (type A) or of drowning (type B). It will pass laterally (basinwards) into a conformity. 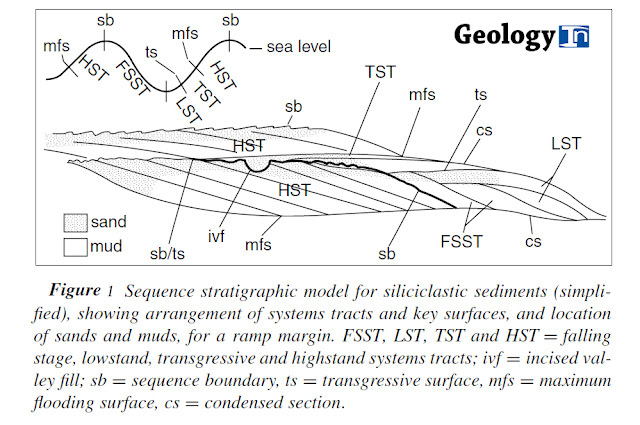 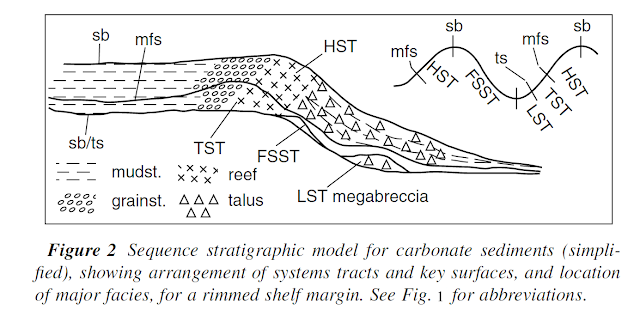 In more distal parts of the basin, there is commonly a condensed section (cs) equivalent to the upper part of the TST, the mfs and the lower part of the HST. The sequence stratigraphic terms are defined in the Table. There are some significant differences in the sequence stratigraphic models for clastics and carbonates (see Figs 1 and 2) in view of the different controls on sedimentation, notably the mostly in situ generation of carbonate sediments and the imported nature of clastic sediments. 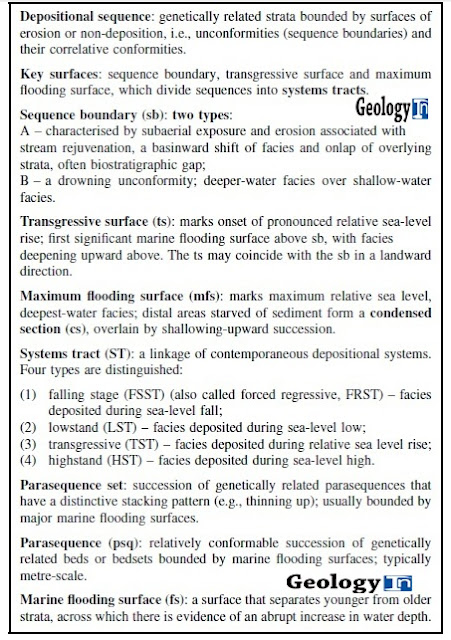 Some sequences, especially in platform carbonates, are composed of several or many metre-scale cycles termed parasequences (defined by flooding surfaces at their bases), and then the systems tracts are defined by the stacking patterns of the parasequences (e.g., whether they thin/thicken-up or fine/coarsen-up). See Section 8.4 for further information on how to recognize the key surfaces and systems tracts in the field, and what features to look for in successions of parasequences.

Sequences within an area are generally named by letters or numbers, or a combination of both, working from the base upwards. 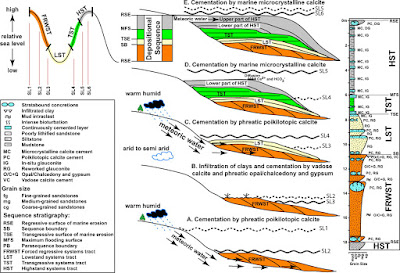