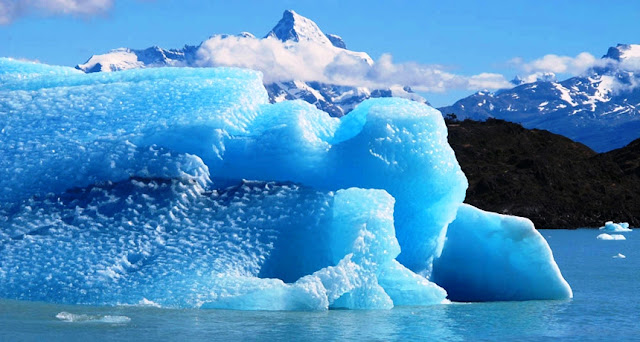 Geologists investigating an unusual landform in the Wabash River Valley in southern Illinois expected to find seismic origins, but instead found the aftermath of rushing floodwaters from melting Midwestern glaciers after the last ice age. The finding could give clues to how floodwaters may behave as glacier melt increases today in places like Greenland and Iceland.
Illinois State Geological Survey researchers Timothy Larson, Andrew Phillips and Scott Elrick published their findings in the journal Seismological Research Letters. ISGS is part of the Prairie Research Institute at the University of Illinois.
Along the western edge of the Wabash River Valley lies a scarp, or short cliff, about 10 to 20 feet high and running in a nearly straight line for about 6 miles. The Meadow Bank scarp runs nearly perfectly parallel to a fault zone 1 mile to the west. Geologists suspected the Meadow Bank was formed by some past seismic activity along the fault, perhaps an earthquake that caused the scarp to shear upwards.
In an effort to assess earthquake hazard, the ISGS researchers set out to probe the relationship between the fault and the scarp and instead found a deeper mystery: There was no relationship at all.
"This was very surprising to us," said Larson. "You look at it, you see how parallel it is to the fault. We know that historically there were earthquakes in the area. It just begs to be related. But it turns out it's not possible."
The researchers talked to miners and studied records from the White County Coal Company, which mined coal throughout the area around and under the Meadow Bank. They confirmed that there was no fault or seismic activity hidden under the bank. Thus, the researchers set out to answer the new question: How was such a long, straight scarp formed, if not tectonically?
The researchers bored into the ground to take samples along and around the Meadow Bank. They found evidence that the scarp was formed by erosion, and concluded that the type of erosion that could produce such a striking, straight feature had to come from a quick, strong force - such as a flood surge from a melting glacier.
"Looking at the layers in the sediment, you can trace back to big floods at the end of the last glacial time," said Larson. "As the glaciers melt, the water may build up in lakes along the glacier edge until it gets so deep that it overflows and rushes out in a big discharge. We see this happening today in places like Iceland. So at some point, a glacier flushed a huge slug of water, full of sediment debris, through the Wabash River Valley. It may have happened several times. It washed everything out and formed this straight shot down through the valley."
The researchers hope that further study of the Meadow Bank could provide clues about the glacial floods - where they originated, what kind of debris they carried and how their course was set. This could provide insight to geologists studying glaciers melting today, such as those in Greenland, Iceland, Canada and New Zealand, as they try to project how the meltwater could behave and the possible effects on the surrounding landscape.
Provided by: University of Illinois at Urbana-Champaign
Journal reference: Seismological Research Letters
Share to: