Gradients in the Earth's outermost core 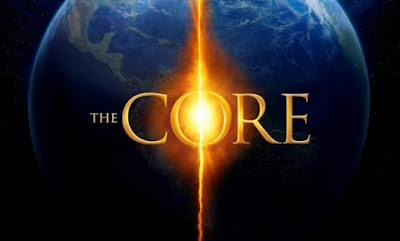 Evidence that the outermost portion of the Earth’s core is stratified is provided by earthquake data reported by scientists at the University of Bristol this week in Nature.

The Earth's core is composed mainly of iron, but it is also known to contain a small amount of lighter elements, such as oxygen and sulphur. As the Earth’s inner core solidified, it is thought to have expelled most of these light elements, which then migrated up through the liquid outer core, perhaps becoming concentrated in the outermost portion of the core, near the core/mantle boundary.

Professor George Helffrich and Satoshi Kaneshima observed seismic waves which travelled through the outermost core, from earthquakes in South America and the southwestern Pacific Ocean, recorded at arrays of seismometers in Japan and northern Europe.

The speeds at which seismic waves travelled through the outer core at different depths suggest that it is not a homogenous liquid, but that the uppermost 300 kilometres or so of the core is stratified, with the portion nearest the core/mantle boundary containing up to five per cent by weight light elements.

This stratification would affect temperature gradients in the outermost core and have implications for our understanding of the thermal evolution of the core and lowermost mantle.