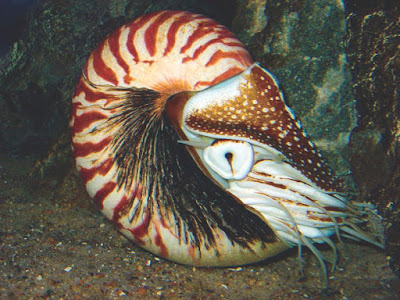 An investigation of previously unexplored depths of Australia's Coral Sea has revealed living fossils, rare corals and sponges, and ecosystems that have remained largely unchanged for millions of years.
A team of Australian and German researchers has published their analysis of data, specimens, photographs and video footage collected in 2009, when they sent a remotely operated vehicle (ROV) to a depth of 800 meters (2,625 ft) at Osprey Reef off the far-northern coast of eastern Australia.
"Osprey Reef is one of most-dived locations in the Coral Sea, but diving only reveals the top thirty meters (100 ft) or so," said James Cook University's (JCU) Dr Robin Beaman, whose seabed maps helped guide the expedition.
"The reef sits atop a coral bank that rises almost 1500 meters (almost a mile) from the surrounding Queensland Plateau," JCU researcher Dr Tom Bridge said. "One of the attractions for divers is the sight of the sheer walls of the outer reef slope, disappearing into the depths, but until this expedition few people knew what was down there."
The research was conducted by scientists from: James Cook University; Ludwig-Maximilians-Universität, Munich; the Natural History Museum, Berlin; Göttingen University; Queensland Museum and the University of Queensland.

The researchers sent the ROV, from the Centre for Marine Environmental Sciences in Bremen, Germany, to a depth of 800 meters (2,625 ft) and then recorded its slow ascent to the surface, recording precise depth information for each finding.
After years of painstaking analysis, the expedition's results have just been published in the journal Marine Biodiversity.
"At 800 meters (2,625 ft) the water is cold and dark, and the environmental conditions really haven't changed much for millions of years," Dr Beaman said.
"Between 800 and 450 meters, (2,625 and 1476 ft) and we found corals and sponges that aren't related to the species we see in the warmer waters up top," he said. "There are relict organisms that have survived in this area throughout the varying climate cycles of the Pleistocene, stretching back several million years."
Here, the researchers found large colonies of shimmering golden corals (of the genus Chrysogorgia) and precious red coral (Corallium) familiar to jewelry makers in other parts of the world, but never before found in the Australian tropics.
"What we saw in this deepest zone was very much determined by the nature of the substrate or sediment cover," Dr Beaman said.
"In areas of deep sand we saw species that spend most of their time buried in or crawling over the sand, and we were able to film their tracks and burrows.
"In other places, we saw glass sponges and bamboo corals growing on small rocks with a thin layer of sand -- we were also able to film sea urchins, small crustaceans and spoon worms in those areas.
"But the most diverse communities, where we found the beautiful golden and precious red corals, were in areas where large rocks provided protection and niches for all sorts of marine life, including stalked sea lilies, crustaceans and gastropod mollusks."
Among the living fossils recorded are some species of glass sponge that are new to science.
"We were also able to film the chambered nautilus in a zone between 500 and 600 meters (16140 and 1969 ft)," Dr Beaman said.
"The nautilus belongs to a very ancient family of cephalopods. We didn't know a lot about their habits, so it was exciting to see them at this depth."
Rising slowly towards the surface, the ROV revealed an eerily bare zone between 400 and 250 meters (1312 and 820 ft) below sea level.
"It's a zone that's too cold for the tropical sea life we know so well, but it's too warm for the ancient life we found at greater depths," Dr Beaman said. "Around 200 meters (656 ft), only very little sunlight penetrates and the ecosystem is dominated by black corals, hydro corals and soft corals."
Closer to the surface and life-giving light, the steeply sloping outer walls of Osprey Reef become busier, densely populated by gorgonian corals (sea whips and sea fans), soft corals and sponges.
At around 120 meters (394 ft) below sea level, the ROV revealed another ancient secret.
"In the reef's outer walls we found a series of caves likely formed by wave action. These caves mark the last ice age, about 20,000 years ago, when sea levels were 120 meters (394 ft) lower than today," Dr Beaman said.
"In addition to the excitement of seeing a previously unknown world, we now have a wealth of knowledge to help guide the conservation and protection of the Great Barrier Reef and the Coral Sea," Dr Tom Bridge said.