What Is the Largest Gemstone Ever Found? 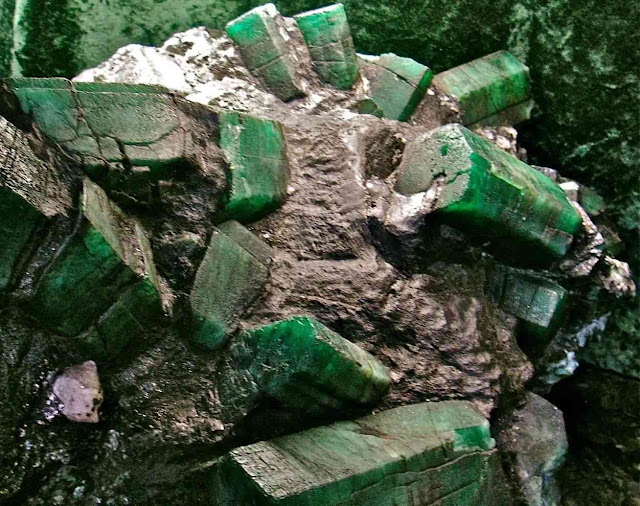 There are many types of Gemstones the simplest taxonomies are Precious and Semi-precious.

The largest precious gemstone ever found, and faceted is The Golden Jubilee Diamond is the largest cut and faceted diamond in the world. It weighs 545.67 carats (109.13 g). It outweighs the Cullinan I by 15.37 carats (3.07 g). The Golden Jubilee Diamond was discovered in the Premier Mine, which is also the origin of the Cullinan diamond (1905) and other notables such as the Taylor–Burton (1966) and the Centenary (1986).

The largest precious gemstone ever found, yet unfaceted, is the Bahia Emerald weighing approximately 840lbs (381kg) (containing more than 180,000 carats) originated from Bahia, Brazil and is emerald crystals embedded in host rock. It was subsequently reported stolen in September 2008 from a secured vault in South El Monte in Los Angeles County, California. The stone has been valued at some $400 million, but the true value is unclear. At one point, the emerald was listed for sale on eBay for a "Buy It Now" price of $75 million. 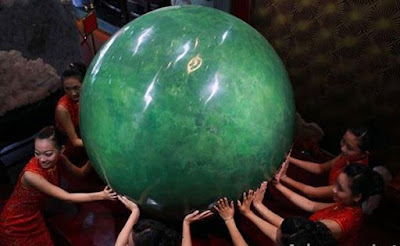 The largest semi-precious gemstone, unfaceted,  ever found weighs six tons and measuring 1.6 meters in diameter, "the pearl" as it is called by its owners is the largest ever discovered and is estimated to be worth two billion yuan ($301.197 million); in China pearls are prized more highly than diamonds. The stone, formed mostly of fluorite mineral, glows green in the dark and in China is prized more highly than diamonds. The finders took three years to grind the raw gem down to its pearl shape.


The largest semiprecious gemstone, faceted, is the “El-Dorado Topaz” -  the largest faceted topaz and the largest faceted gemstone in the world, The "El-Dorado" rough topaz discovered in 1984,  in Minas Gerais, Brazil, weighed an astonishing 37 kg.  After cutting and polishing the finished gemstone weighed only 6.2 kg.Thus 30.8 kg of the original rough stone was lost in the cutting process, equivalent to 83% of the original weight of the stone. This enormous loss in weight was mainly due to the poor non gem-quality material that constituted the original rough stone, which had to be removed compulsorily, in order to arrive at a reasonable product with good cut, color and clarity.

The weight of the finished stone was 31,000 carats (6.2 kg), and the stone became the largest faceted topaz as well as the largest faceted gemstone in the world. This twin distinction was previously held by the 21,005-carat Brazilian Princess Topaz of the American Museum of Natural History, New York, and later by the 22,892.5-carat American Golden Topaz of the Smithsonian's National Museum of Natural History, in Washington DC, but today they have been pushed to the 4th and 3rd place respectively.