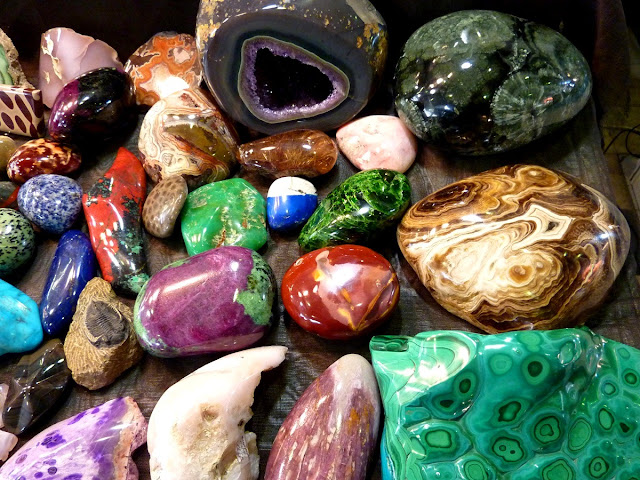 A Florida State University geology researcher is going deep below the Earth's surface to understand how some of the most abundant minerals that comprise the Earth's crust change under pressure.

In a paper published in Scientific Reports, Assistant Professor of Geology Mainak Mookherjee explores how feldspar, one of the most important minerals in the Earth's crust, changes under pressure. Typically, materials become stiffer when pressure is applied, but Mookherjee found that these pale-colored crystals actually become softer under extreme pressures.

"I am interested in exploring these materials at extreme conditions," Mookherjee said. "Feldspar is very abundant in the earth's crust so we need to understand its elastic property."

Mookherjee's work shows that at a depth of about 30 kilometers from the Earth's surface, feldspar decomposes to denser mineral phases such as pyroxene and quartz. The densification of feldspar could partially explain a scientific observation called seismic discontinuity across the Earth's crust and mantle.

This seismic discontinuity, also called Mohorovicic discontinuity, is the boundary between the Earth's crust and mantle. It was first observed in 1909 by a Croatian scientist Andrija Mohorovicic who realized that seismograms from shallow-focus earthquakes had two sets of waves—one that followed a direct path near the Earth's surface, i.e., crust, and the other arriving faster and probably refracted from the underlying higher-velocity medium mantle.

"This is the first study of the elastic properties of feldspar at high pressure," Mookherjee said. "And it provides very new insight and a novel way of accounting for the sharp Mohorovicic discontinuity."

Scientists have been working since the late 1950s to understand the Mohorovicic discontinuity that separates the Earth's outermost layer—oceanic and continental crust—with the underlying mantle. Last year, researchers from the drill ship JOIDES Resolution made attempts to drill a bore hole across the discontinuity, but fell short. Further drilling attempts are planned for future.

"We care about the mineral structures in the deep Earth and how they transform to denser crystal structures within the Earth," Mookherjee said. "Through a thorough understanding of the atomic scale structures at extreme conditions and how they influence the properties of the Earth materials, it is possible to gain valuable insight into deep Earth dynamics."


The above story is based on Materials provided by Florida State University.