Answering the Mystery of Turquoise Provenance 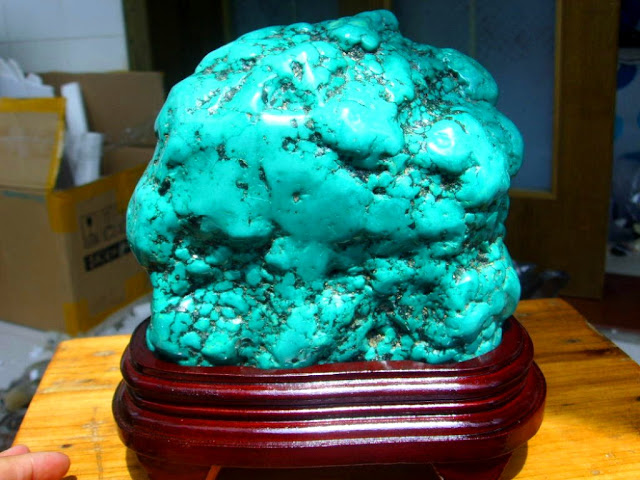 Turquoise has had cultural significance for Native American peoples in the southwestern United States and Mexico for more than a millennium, and turquoise artifacts have been recovered from archaeological sites hundreds of kilometers distant from known sources of the mineral.

Evidence for pre-Hispanic turquoise mining has been recognized across much of the southwestern United States and northern Mexico, including as far north as Leadville, Colorado, and as far south as Zacatecas.

Detailed archaeological studies of ancient turquoise mines are rare, and little is known about the timing of their exploitation or the cultural identities of the miners In this study, Alyson M.

Thibodeau and colleagues show that many geological sources of turquoise in the southwestern U.S. and northern Mexico can be distinguished from each other through the measurement of lead and strontium isotopic ratios. These isotopic analyses thus provide a new way to investigate the mining and movement of this mineral in prehistory.


The above story is based on materials provided by Geological Society of America.
Share to: