Live Inside an Active Volcano on Aogashima Island 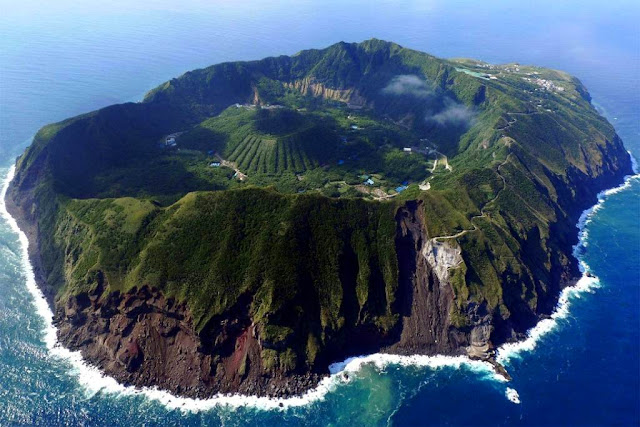 Would you live in an environment that is unpredictably dangerous like Aogashima Island? If you’re that adventurous, you may take a tour around this Japanese volcanic island.

Aogashima is a small, tropical volcanic island in the Philippine Sea, under the administration of Tokyo despite being located some 358 kilometers away from the country’s capital.

It is the southernmost and the most isolated inhabited island of the Izu archipelago. The island itself is a giant volcanic crater, and within that crater there’s another, smaller volcano. Aogashima is still considered an active Class-C volcano though it last erupted in the 1780′s. When last erupted it killed nearly half of the island’s population and forced the remaining inhabitants to flee. It took just fifty years for the people to return. Today, some 200 brave villagers live on the island.

Aogashima is a complex Quaternary volcanic island 3.5 km in length with a maximum width of 2.5 km, formed by the overlapping remnants of at least four submarine calderas. The island is surrounded by very steep rugged cliffs of layered volcanic deposits. The southern coast also rises to a sharp ridge forming one edge of a caldera named Ikenosawa  with a diameter of 1.5 km.

The caldera dominates the island, with one point on its southern ridge, Otonbu with a height of 423 metres (1,388 ft), as the island's highest point. The caldera is occupied by a secondary cone named Maruyama. Still considered a Class-C active volcano by the Japan Meteorological Agency, the last eruption of Aogashima was during a four-year period from 1781–1785.

There isn’t much to do on Aogashima though, except enjoy the serenity of a tropical paradise. In the center of the island lies a geothermal sauna. There is a public facility utilizing the geothermal power and gas and people use it to cook. This cooker using geothermal steam is available for free. Steamed fresh vegetables, potatoes or eggs are one of the specialties of Aogashima. The facility also features a sauna, a public bath, and hot showers. 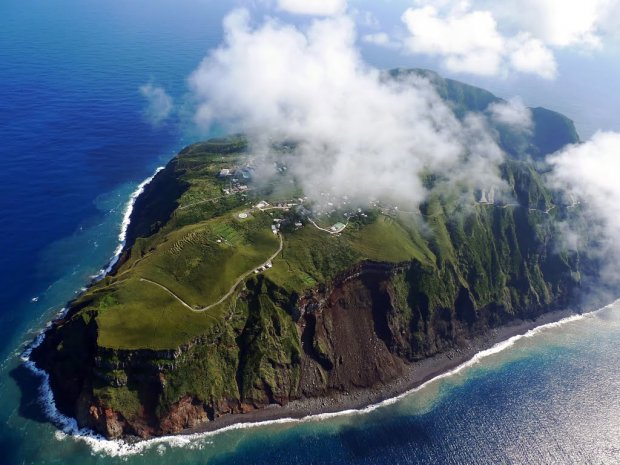