Why Is Australian Opal Unique? 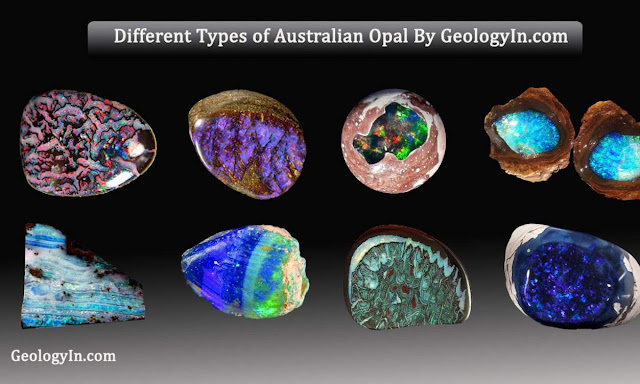 The opal is the National Gemstone of Australia. Australia currently produces approximately 95 per cent of the world's precious opal and probably has almost all of the world’s opal reserves. The only other significant producers are Mexico and Brazil although the deposits in Slovakia and the Czech Republic once provided the bulk of the world’s production for over 2,000 years. Other countries where opal has been recorded include Guatemala, Honduras, Nicaragua, the western USA and Canada, Indonesia, Turkey and Ethiopia.

The opal is almost exclusively located within Cretaceous sedimentary rocks of the Great Artesian Basin, which experienced a major phase of uplift in the Late Cretaceous with subsequent erosion removing a package of sedimentary rock up to 3 km in thickness.

The sedimentary opal deposits of central Australia occur along generally flat-lying horizontal layers within 30 metres of the earth’s surface. They are a product of a unique set of geological events which occurred over a 100 million year period. These events can be summarised as follows:

1- Between about 122 million years ago (Ma) and 91 Ma, central Australia was covered by a vast shallow epicontinental sea. The sedimentary rocks which were deposited in this sea were derived from volcanic rocks and were organic-rich. These formed the principal host rocks for opal deposits in central Australia.

2-Following surface exposure through lowering of the sea level, these host rocks were subject to a prolonged sub-tropical weathering regime until about 40 Ma. Central Australia probably looked not unlike today’s Amazon Basin. During this time, the water table was close to the surface and was acidic releasing silica and iron from weathering of the host rocks.

3-The climate became more arid from about 40 Ma and, as a result, water table levels gradually lowered and the groundwater became alkaline. Mild tectonism at 24 Ma
gave rise to subtle extremely long wavelength surface folds which facilitated both lateral and vertical migration under arid conditions of the earlier-released silica. Opal was preserved in the weathered profiles beneath the crests of the developing surface folds as water tables here lowered more rapidly due to tectonic uplift. Siliceous cap rocks discouraged erosion.

4- Over the last 10 million years, dissection and scarp erosion exposed the weathering profiles containing the opal.

Geologists believe that the volume of gems that have been produced over the past 150 years in Australia is but a minute fraction of the amount yet to be discovered.


A unique combination of geological events appear to have taken place in central Australia over the last 100 million years to form precious opal. These are:
There is still much that is not understood about the specifics of the genesis of precious opal particularly at the micro scale. How does it form in the weathering profile? For example, is bacteria involved? Irrespective of the method, there is now general consensus for two styles of opal formation – void fill and replacement.

Deposition of precious opal occurs mostly by replacement of layer-silicate clays, gypsum, calcite, goethite, fossils and organic material as well as by infilling of voids particularly in ironstone.