California Woman Went Looking for Gold, She Found Diamond Instead 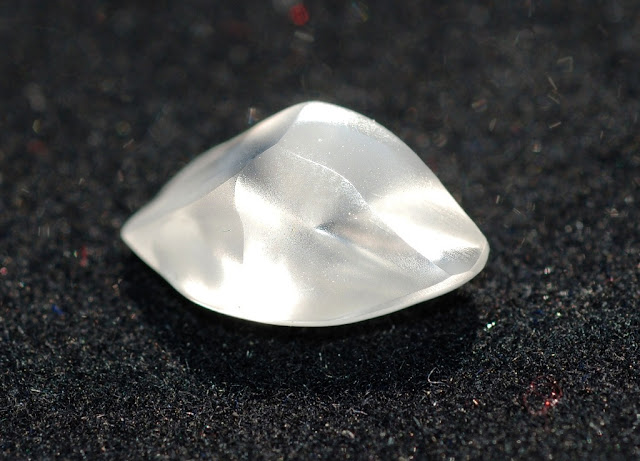 A California woman says she found a 1½ carat diamond while mining gold near the Sierra Nevada foothills town of Foresthill.

Kelly, 49, left her Silicon Valley career to take up mining 10 years ago and wrote ‘The Miracle Miner: My Life as a Female Gold Miner.” The uncut semi-clear pebble-sized stone is about width of a dainty pinky finger.

While relatively rare, “as many as 600” diamonds have been found in California since the 1849 discovery of gold triggered the California Gold Rush, according o the California Geological Survey. Few are of gemstone quality.

Fearing their dig site will be overrun with unwanted guests, Kelly and her mining partner asked The Bee not to disclose the exact location of the find. Kelly has yet to have the stone officially tested or appraised since finding it earlier in August. A commercially available tester – which are generally deemed reliable – indicated the rock was in fact a diamond. The value of any raw diamond is hard to determine before it’s cut.

“It does happen around here,” said Heather Willis, manager of Pioneer Mining in Auburn. “You can find them. Most of them around here are not jewelry quality.”

Because found diamonds don’t closely resemble the shiny rock on wedding bands, many could be tossed by casual miners, said Don Drysdale, a spokesman for the California Department of Conservation.

“Diamonds found in nature aren’t necessarily recognizable as diamonds to most folks, so who knows how many have been tossed aside by recreational gold-seekers over the years?” Drysdale said.


The Minerals of California book, still an authority on the subject, noted that 40 to 50 diamonds were recovered from the gravels around Forest Hill, in 1867. Oroville and Placerville are two better areas in Northern California to find diamonds, said California Geological Survey officials. But, they added, “it wouldn’t be out of the question to find one in Foresthill.”

Kelly and her mining partner have been working their federally approved mine for about seven years. Several miles outside of Forest Hill, the site once had been mined with hydraulic dredging, before the practice was made illegal in 1884 because of environment damage. Since then, the site has been picked over by various mining outfits.

Here an ancient river flowed south to north millions of years ago, before tectonic forces created the Sierra Nevada range.

Their mining process involved digging out and processing the cement-like block of rocks at the bottom of this ancient river. Power tools help her free the rocks, which are then put in a cement mixer for several hours to break the material into small bits. Those bits travel down a sluice box.

“I saw this clear stone shining back at me, and I looked and I held it in the light, and it was glowing at me, and I was like ‘Wow, I think I just found a diamond,’ ” Kelly said. The run also produced two-thirds of an once of gold. Gold is trading at $1,281 an ounce.