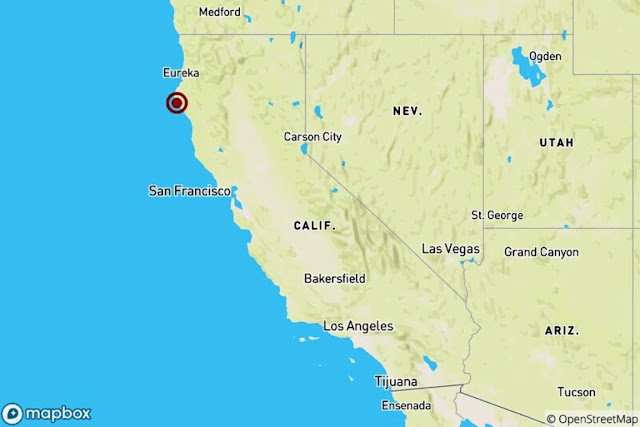 According to the US Geological Survey (USGS), the quake struck several kilometres from the small community of Petrolia, located over 400 kilometres (250 miles) from the city of San Francisco.

A 5.6-magnitude tremor was registered in Humboldt County in northern California late Saturday, the US Geological Survey reported, adding that the estimated depth of the earthquake was 9.4 km (5.8 miles).

At the moment, there is no official information about damage or casualties in the region.

The quake was centered 17 miles from Scotia, Calif., according to the U.S. Geological Survey. It was 23 miles from Fortuna, 36 miles from Eureka and 40 miles from Bayside.

The news comes after earlier this month about 400 earthquakes of 4.0-magnitude or less rocked the southern part of the state in what scholars described as "swarms" of seismic activity.