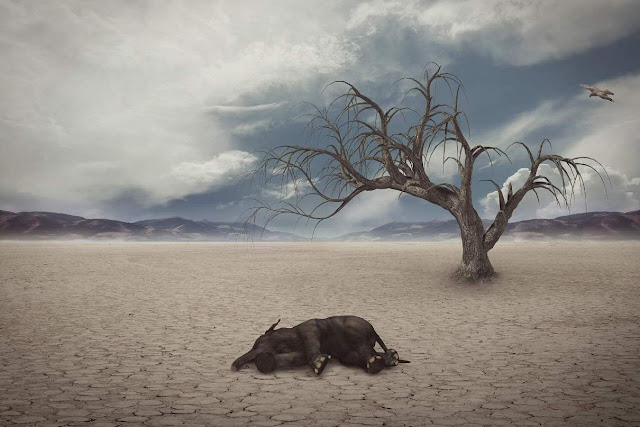 A team of scientists has concluded that earth experienced a previously underestimated severe mass-extinction event, which occurred about 260 million years ago, raising the total of major mass extinctions in the geologic record to six.

"It is crucial that we know the number of severe mass extinctions and their timing in order to investigate their causes," explains Michael Rampino, a professor in New York University's Department of Biology and a co-author of the analysis, which appears in the journal Historical Biology. "Notably, all six major mass extinctions are correlated with devastating environmental upheavals -- specifically, massive flood-basalt eruptions, each covering more than a million square kilometers with thick lava flows."

And, in fact, many researchers have raised concerns about the contemporary, ongoing loss of species diversity -- a development that might be labeled a "seventh extinction" because such a modern mass extinction, scientists have predicted, could end up being as severe as these past events.

The Historical Biology work, which also included Nanjing University's Shu-zhong Shen, focused on the Guadalupian, or Middle Permian period, which lasted from 272 to about 260 million years ago.

Here, the researchers observe, the end-Guadalupian extinction event -- which affected life on land and in the seas -- occurred at the same time as the Emeishan flood-basalt eruption that produced the Emeishan Traps, an extensive rock formation, found today in southern China. The eruption's impact was akin to those causing other known severe mass extinctions, Rampino says.

"Massive eruptions such as this one release large amounts of greenhouse gases, specifically carbon dioxide and methane, that cause severe global warming, with warm, oxygen-poor oceans that are not conducive to marine life," he notes.

"In terms of both losses in the number of species and overall ecological damage, the end-Guadalupian event now ranks as a major mass extinction, similar to the other five," the authors write.

The above story is based on Materials provided by New York University.
Share to: