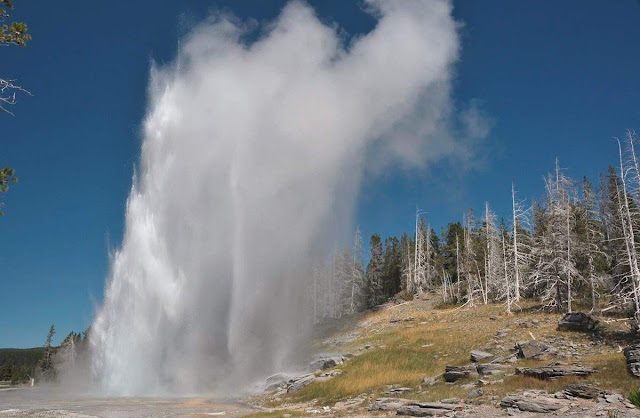 According to the US Geologic Survey, the world’s tallest active geyser had erupted 34 times as of Tuesday, the largest number ever recorded in a year.

Steamboat’s larger eruptions tend to last from three to 40 minutes and are followed by powerful jets of steam.

Although the eruptions might seem alarming to some, experts say it’s not necessarily something to worry about.

“So while fascinating, it’s not unusual, nor cause for concern.”

Poland said it’s a misconception that geyser eruptions are related to earthquake activity, and that visitors should not fear any deeper changes in the park’s volcanic system.

- 128 located quakes in August, including a swarm near West Thumb