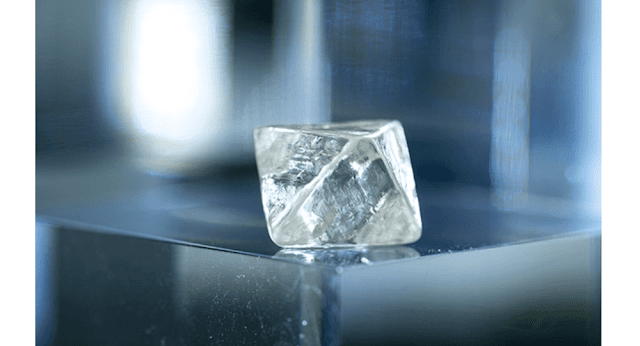 Superhard materials can slice, drill and polish other objects. They also hold potential for creating scratch-resistant coatings that could help keep expensive equipment safe from damage.

Now, science is opening the door to the development of new materials with these seductive qualities.

Researchers have used computational techniques to identify 43 previously unknown forms of carbon that are thought to be stable and superhard -- including several predicted to be slightly harder than or nearly as hard as diamonds. Each new carbon variety consists of carbon atoms arranged in a distinct pattern in a crystal lattice.

The study -- published in the journal npj Computational Materials -- combines computational predictions of crystal structures with machine learning to hunt for novel materials. The work is theoretical research, meaning that scientists have predicted the new carbon structures but have not created them yet.

"Diamonds are right now the hardest material that is commercially available, but they are very expensive," says University at Buffalo chemist Eva Zurek. "I have colleagues who do high-pressure experiments in the lab, squeezing materials between diamonds, and they complain about how expensive it is when the diamonds break.

"We would like to find something harder than a diamond. If you could find other materials that are hard, potentially you could make them cheaper. They might also have useful properties that diamonds don't have. Maybe they will interact differently with heat or electricity, for example."

Zurek, PhD, a professor of chemistry in UB College of Arts and Sciences, conceived of the study and co-led the project with Stefano Curtarolo, PhD, professor of mechanical engineering and materials science at Duke University.


The quest for hard materials

Hardness relates to a material's ability to resist deformation. As Zurek explains, it means that "if you try to indent a material with a sharp tip, a hole will not be made, or the hole will be very small."

Scientists consider a substance to be superhard if it has a hardness value of over 40 gigapascals as measured through an experiment called the Vickers hardness test.

All of the study's 43 new carbon structures are predicted to meet that threshold. Three are estimated to exceed the Vickers hardness of diamonds, but only by a little bit. Zurek also cautions that there is some uncertainty in the calculations.

The hardest structures the scientists found tended to contain fragments of diamond and lonsdaleite -- also called hexagonal diamond -- in their crystal lattices. In addition to the 43 novel forms of carbon, the research also newly predicts that a number of carbon structures that other teams have described in the past will be superhard.


Speeding up discovery of superhard materials

The techniques used in the new paper could be applied to identify other superhard materials, including ones that contain elements other than carbon.

"Very few superhard materials are known, so it's of interest to find new ones," Zurek says. "One thing that we know about superhard materials is that they need to have strong bonds. Carbon-carbon bonds are very strong, so that's why we looked at carbon. Other elements that are typically in superhard materials come from the same side of the periodic table, such as boron and nitrogen."

To conduct the study, researchers used XtalOpt, an open-source evolutionary algorithm for crystal structure prediction developed in Zurek's lab, to generate random crystal structures for carbon. Then, the team employed a machine learning model to predict the hardness of these carbon species. The most promising hard and stable structures were used by XtalOpt as "parents" to spawn additional new structures, and so on.

"This is accelerated material development. It's always going to take time, but we use AFLOW and machine learning to greatly accelerate the process," Curtarolo says. "The algorithms learn, and if you have trained the model well, the algorithm will predict the properties of a material -- in this case, hardness -- with reasonable accuracy."

The first and second authors of the new study are UB PhD graduate Patrick Avery and UB PhD student Xiaoyu Wang, both in Zurek's lab. In addition to these researchers, Zurek, Curtarolo and Toher, the co-authors of the paper include Corey Oses and Eric Gossett of Duke University and Davide Proserpio of the Universitá degi Studi di Milano.


The above story is based on Materials provided by University at Buffalo. Original written by Charlotte Hsu.
Share to: