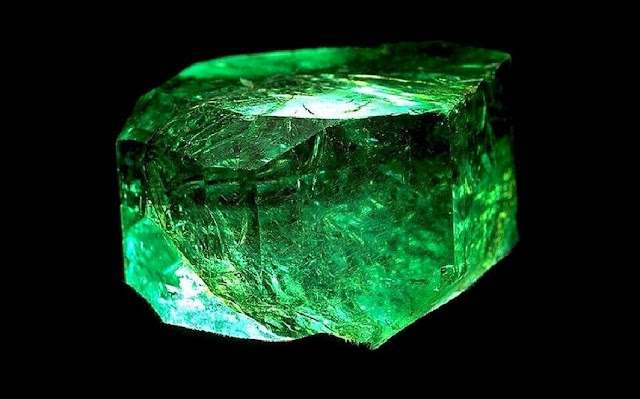 The Gachalá Emerald, one of the largest and valuable gem emeralds in the world, at 858 carats uncut. It was found in the mine called Vega de San Juan, located in Gachalá, a town in Colombia. The emerald was named in honour of Gachalá, the town where it was found.

An emerald is a gemstone and a variety of the mineral beryl and is colored green by trace amounts of chromium and sometimes vanadium. The word “emerald” is derived esmaralda, a variant of Latin, which originated in Ancient Greek word smaragdos meaning “green gem”.


Presently the emerald is in the United States, where it was donated to the Smithsonian Institution by the New York City jeweler, Harry Winston.
Share to: