Quartz is one of the most common minerals found in the Earth's crust. If pure, quartz forms colourless, transparent and very hard crystals with a glass-like lustre. A significant component of many igneous, metamorphic and sedimentary rocks, this natural form of silicon dioxide is found in an impressive range of varieties and colours. 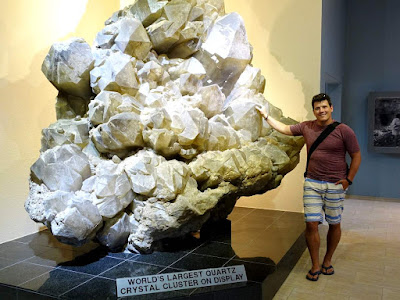 The Kristall Gallerie is located at Corner of Tobias Hainyeko and Theo-Ben Gurirab Avenue, Swakopmund, Namibia
Share to: