In the southern part of the Zagros Mountains alone, there are more than 130 salt domes which affected the structure of Zagros Mountains as one of the most significant simple folded systems in the world. Aside from salt domes, there are salt caves including the longest salt cave in the world at over 6.4 km in the Namakdan Mountain, salt glaciers, salt valleys, karst sinkholes, and salt springs.

A salt glacier (or namakier) is a rare flow of salt that is created when a rising diapir in a salt dome breaches the surface of the Earth. The name ‘salt glacier’ was given to this phenomenon due to the similarity of movement when compared with ice glaciers. The causes of these formations is primarily due to salt's unique properties and its surrounding geologic environment. A rising body of salt is referred to as a diapir; which rises to the surface and feeds the salt glacier. Salt structures are usually composed of halite, anhydrite, gypsum and clay minerals.

The salt domes are one of the main units of structural geomorphology of Iran. Those with highest density are formed in Zagros Folded zones, Persian Gulf region, and rarely in central Iran and Azerbaijan. The main area the domes are originating is Hormoz Formation related to Infra-Cambrian.

The sources of salt glaciers are salt deposits. Over time sediments, rock and debris cover the deposit causing layers to build up over the salt. Due to its crystalline structure, salt remains at the same density while the sediment above begins to compress and become denser. The density contrast is the mechanism in which salt begins to rise. Diapirs rise and pierce the surface allowing the salt to flow because of gravity. Piercing the overburden is crucial for salt glaciers to form, and can occur in three ways.

Active diapirism develops as the rising salt itself pushes and forces the overburden upward and sideways. Passive diapirism occurs when the salt always remains near the surface and the sediment builds up around it rather than over it. Reactive diapirism is the result of regional extension caused by rifting.The overburden becomes weak and thin which allows the salt body to travel upwards.

Salt glaciers are a frequent topic in salt tectonics, which is the study of salt causing deformation and its leading cause is differential loading (an unevenly distributed load). Differential loading can be caused by displacement, gravitational and thermal gradients. Other tectonics may cause salt deposit uplift. The strength of the overburden and drag of the salt deposit boundary are the two factors that will slow and prevent salt flow and it will only move if the salt forces exceed the resistant forces. 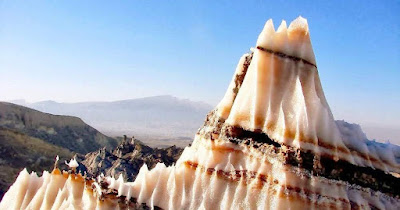 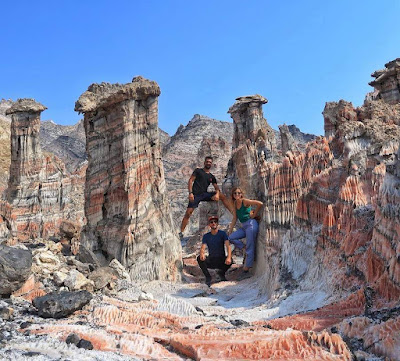