The Difference Between Rocks and Minerals 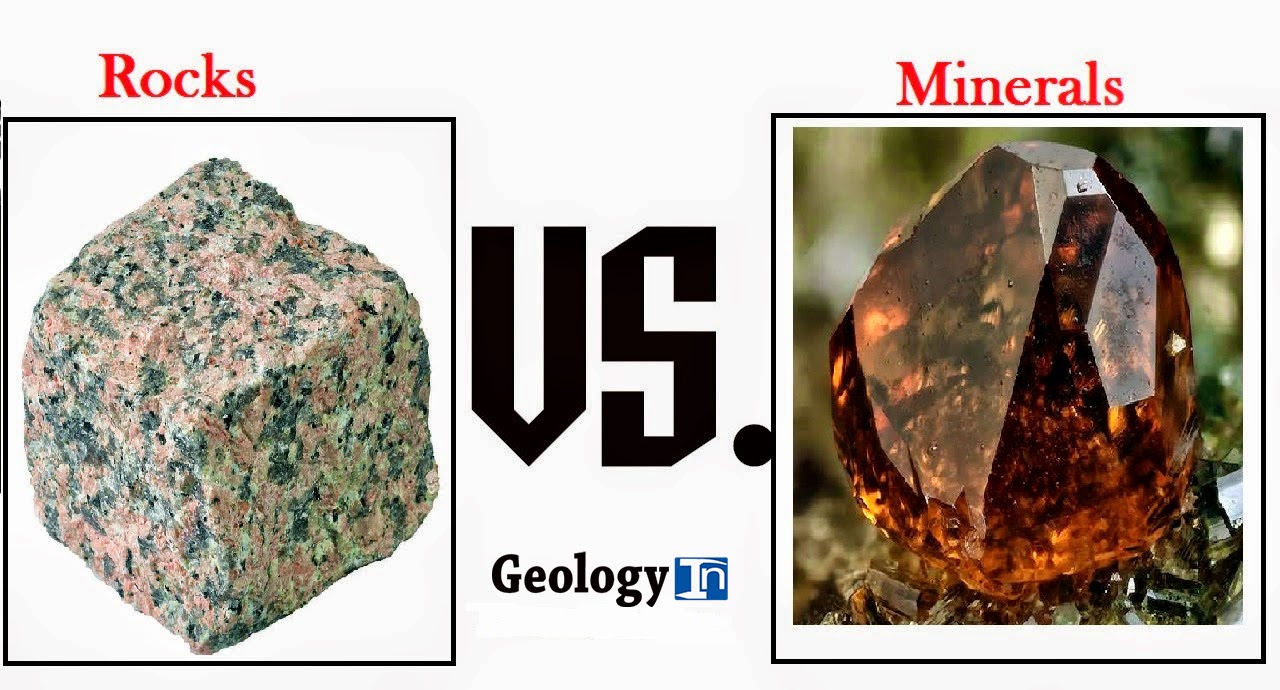 A mineral is a solid formation that occurs naturally in the earth while a rock is a solid combination of more than one mineral formations which is also occurring naturally.

A mineral has a unique chemical composition and is necessarily defined by its crystalline structure and shape. On the other hand, since a rock can be composed of several minerals it is classified according to the process of its formation. A rock can also contain organic remains and mineraloids apart from regular mineral formations. There are some rocks that may include just one mineral formation though.

The commercial value of minerals is immense and rocks are mined to extract these minerals. Such rocks are known as ores and the residue of the rock after the mineral has been extracted is called tailing.

The classification of rocks also depends on their mineral and chemical composition, texture and the process of formation. Rocks are therefore classified as igneous, sedimentary and metamorphic. A rock cycle defines how one rock form changes to another. For example, a sedimentary rock form is limestone that is composed only of the mineral calcite.

Main rocks on earth contain minerals like magnetite, quartz, feldspar, mica, epidote etc. But more than half of the mineral types classified in geological studies are considered rare. Igneous rocks are formed when molten lava solidifies after a volcanic eruption and is known to be rich in the mineral granite.

Sedimentary rocks are formed when deposition of organic matter, chemical precipitates etc takes place. These usually contain minerals like shale, siltstone, sandstone, etc. The metamorphic rocks are formed by the transformation of one rock type to another. No such process is applicable to minerals.

Rocks have great cultural, commercial and social value only because of the mineral present in them. Rocks are also used to establish dates of various civilizations that have existed on earth.
How to classify Igneous rocks into (Ultramafic, Mafic, Intermediate and Felsic)? 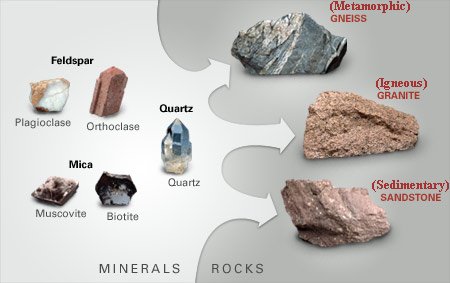 Although there may be many differences between rocks and minerals, there are only a few similarities between them. Rocks as well as minerals are found in the Earth's crust (the outer layer of the Earth). Another similarity between the two is that rocks as well as minerals both have commercial value. Rocks are important for the minerals they contain while minerals are used widely in all areas of the manufacturing industry. Finally, both rocks and minerals serve as raw materials in the industrial process for manufacturing products used for everyday purposes.

There are several uses of rocks and minerals in the world today. Aluminum is used for making cans, containers and for appliances used in the home. Chromite is used for making chromed parts of automobiles. Ores of copper are used in making coins, jewelery, cooking utensils and wiring equipment used for electrical devices, televisions, computers, automobiles, etc. Halite, more commonly known as salt, is used in cooking and food preservation.

It is also used as a water softener and for de-icing on highways. Limestone is used as a component of cement which is used in the construction of homes, sidewalks, bridges and buildings. Fluorite find its uses in the production of hydrofluoric acid, but its main use is in toothpastes to help protect your teeth. Lead is used in making batteries and as a protective shield in the doctor's office from X-rays.

Rocks and minerals are fascinating topics of study for both scientists and students. While their own characteristics define them, they are sort of like distant cousins - having some similarities but keeping within their own immediate families.


See also:
10 Most Rare Gemstones in the World Rarer than a Diamond
10 Reasons to be with a Geologist
How to Identify Minerals in 10 Steps (photos)
Share to: