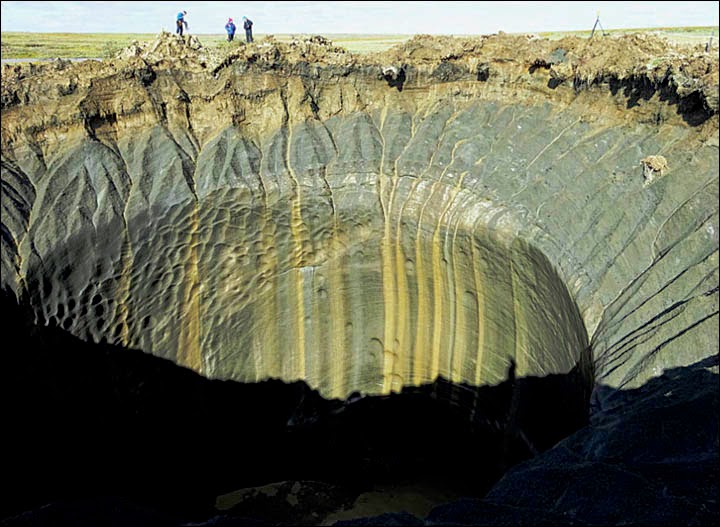 At least seven newly created mysterious craters have now been officially discovered inSiberia, though satellite imagery suggests there may be as many as 20. The discovery of the first three last year caused a small media storm as no one had any idea how the craters had come about. Since that time, one team of researchers actually went down inside one of the craters to see what might have caused it to come about. That expedition did not reveal any hard facts, but most geologists now suspect that the craters came about due to warming in Siberia, leading to melting permafrost, which led to underground gases filling underground cavities, which led, eventually, to blasts that caused the creation of the craters. 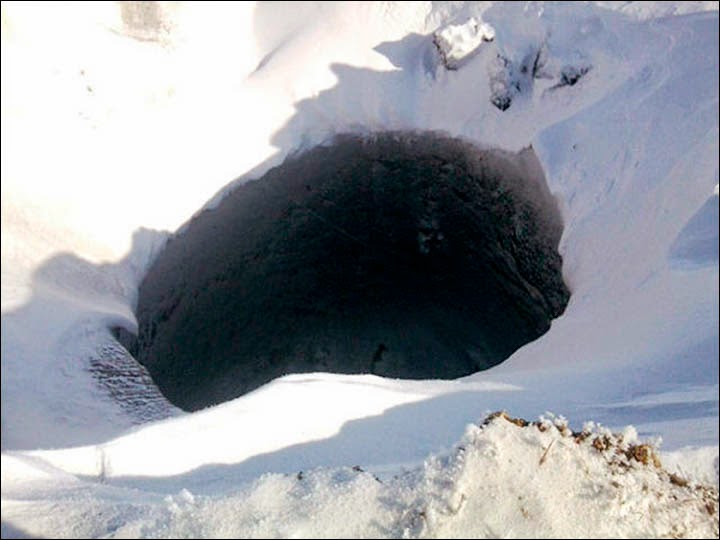 In addition to debating the cause of the creation of the craters, debate has also begun about the term used to describe them—the term crater is usually associated with surface blasts or even more often with collisions between celestial bodies. For that reason, many researchers have begun referring to the craters as funnels. 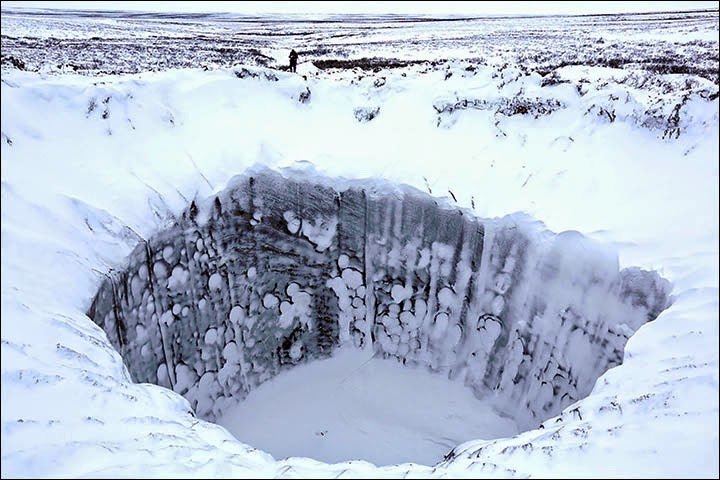 Thus far, it appears that research regarding the craters is being led by Vasily Bogoyavlensky—a professor affiliated with the Russian Academy of Sciences. In an interview with the Russian press he has indicated that he believes that there are far more craters in and around the Yamal and Taimyr peninsulas and that it appears likely that going forward they may present a health hazard. He claims that residents from one nearby town actually witnessed the creation of one of the craters, from a distance—they say they saw a flash and felt the ground shake.
Bogoyavlensky also said that he believes that many of the small lakes in the area likely came about due to the same process as the craters. He added that at one site, a large crater appears to be surrounded by several smaller craters and satellite photos have shown the existence of pingos (mounds that develop on the surface due to ice melting and seeping and then refreezing) in the spots where the craters later formed, suggesting a link. He is calling for more investigation to protect those who may venture into harm's way. Hampering the investigation is the absence of charred rock on the rim of some of the craters, or even a parapet, which should form if a blast came from below. Some have suggested such examples can be explained by noting that evidence may have been left on ice that has since melted. 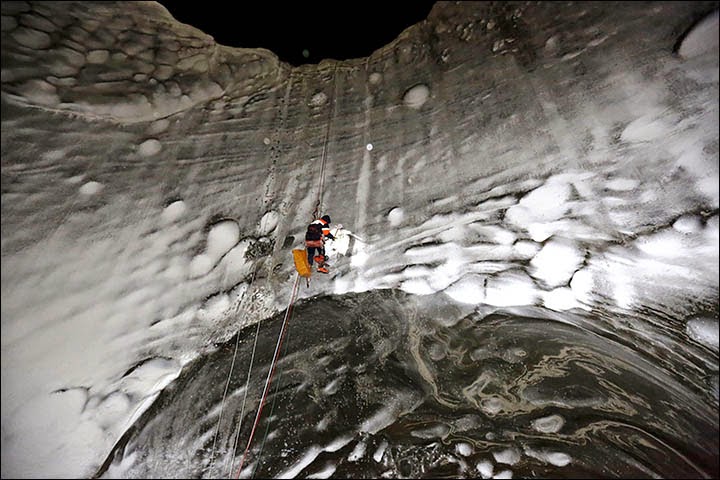