News, volcano 9:21 PM
A+ A-
Print Email
Ecuador's Cotopaxi volcano, which began erupting in August after being dormant for 138 years, on Thursday coughed up a two-kilometer-high column of ash, officials said.


The giant ash column was visible from Quito, 45 kilometers (30 miles) to the north of the volcano, considered one of the world's most dangerous because its snow cap is vulnerable in an eruption and because of its close proximity to densely populated areas. 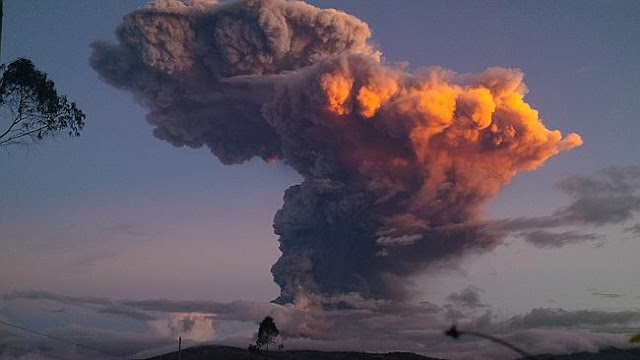 Cotopaxi, one of eight active volcanoes in Ecuador, last erupted in 1877.

The government declared a state of emergency in August after the volcano roared to life and has been conducting evacuation drills among the population.

An estimated 325,000 people could be affected if the eruption triggers mudslides and avalanches, according to the authorities.
Share to: