A cleavage plane is a plane of structural weakness along which a mineral is likely to split smoothly. Cleavage thus refers to the splitting of a crystal between two parallel atomic planes. 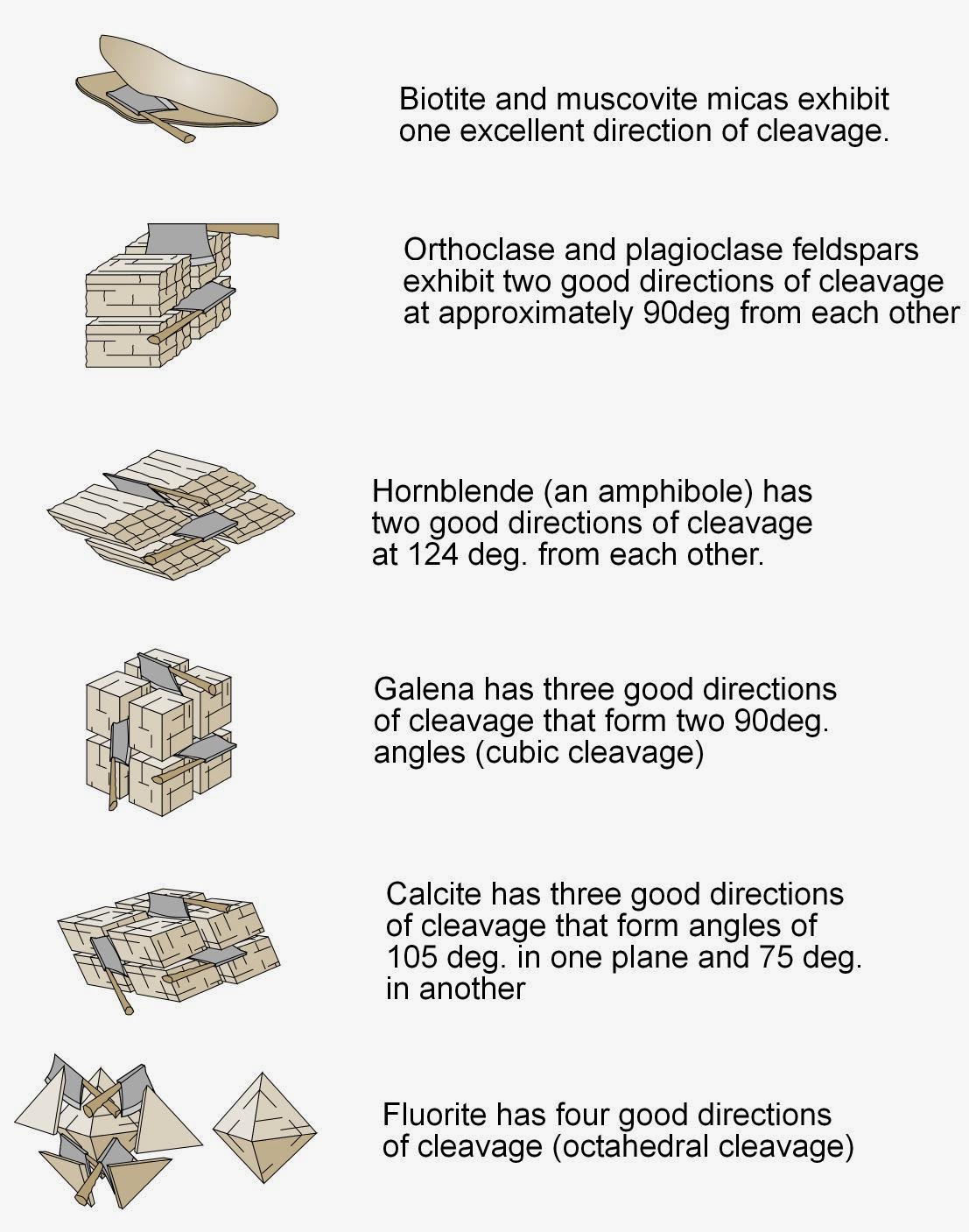 Both the positioning of crystal faces in a mineral and the property of cleavage are derived from the crystalline structure of the species. However, despite the fact that every mineral belongs to a specified crystal system, not every mineral exhibits cleavage. A mineral such as quartz may demonstrate beautiful, well-developed crystals and yet possess no distinct planes of cleavage.


Cleavage planes, if they exist, are always parallel to a potential crystal face. However, such planes are not necessarily parallel to the faces which the crystal actually displays. Fluorite, for example, has octahedral cleavage yet forms cubic crystals. Nonetheless, the property of cleavage, if it is present, can offer important information about the symmetry and inner structure of a crystal.

The quality of a mineral's cleavage refers to both the ease with which the mineral cleaves and to the character of the exposed cleavage surface. The quality of a sample's cleavage is typically described by terms such as 'eminent,' 'perfect,' 'distinct,' 'difficult,' 'imperfect,' or 'indistinct.'

'Eminent' cleavage describes the case in which cleavage always occurs readily and is in fact difficult to prevent from occurring. The mineral mica, for example, cleaves readily into thin, flat sheets.

A mineral which demonstrates 'perfect' cleavage breaks easily, exposing continuous, flat surfaces which reflect light. Fluorite, calcite, and barite are minerals whose cleavage is perfect. 'Distinct' cleavage implies that cleavage surfaces are present although they may be marred by fractures or imperfections. 'Difficult' or 'indistinct' cleavage produces surfaces which are neither smooth nor regular; samples possessing such cleavage tend to fracture rather than split.

Read also:
Luster of Minerals
The Mohs scale of mineral Hardness
The Complete Classification of Minerals
Crystal Structure and Crystal System
Share to: