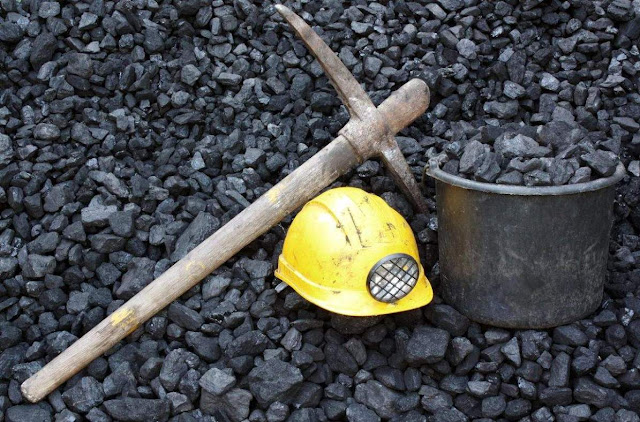 Mining is the extraction of valuable minerals or other geological materials from the earth, usually from an orebody, lode, vein, seam, reef or placer deposit. These deposits form a mineralized package that is of economic interest to the miner.

Ores recovered by mining include metals, coal, oil shale, gemstones, limestone, chalk, dimension stone, rock salt, potash, gravel, and clay. Mining is required to obtain any material that cannot be grown through agricultural processes, or created artificially in a laboratory or factory. Mining in a wider sense includes extraction of any non-renewable resource such as petroleum, natural gas, or even water.

Mining is a money making business.  Not only do mining companies prosper, but governments also make money from revenues.  Workers also receive income and benefits.

Mining techniques can be divided into two common excavation types: surface mining and sub-surface (underground) mining. Today, surface mining is much more common, and produces, for example, 85% of minerals (excluding petroleum and natural gas) in the United States, including 98% of metallic ores.

Targets are divided into two general categories of materials: placer deposits, consisting of valuable minerals contained within river gravels, beach sands, and other unconsolidated materials; and lode deposits, where valuable minerals are found in veins, in layers, or in mineral grains generally distributed throughout a mass of actual rock. Both types of ore deposit, placer or lode, are mined by both surface and underground methods.

Some mining, including much of the rare earth elements and uranium mining, is done by less-common methods, such as in-situ leaching: this technique involves digging neither at the surface nor underground. The extraction of target minerals by this technique requires that they be soluble, e.g., potash, potassium chloride, sodium chloride, sodium sulfate, which dissolve in water. Some minerals, such as copper minerals and uranium oxide, require acid or carbonate solutions to dissolve.