Its eminent feature is its thousands of hoodoos and hoodoo rocks, referred to locally as “goblins”, which are formations of mushroom-shaped rock pinnacles, some as high as several meters. The distinct shape of these rocks comes from an erosion-resistant layer of rock atop softer sandstone.

The park lies within the San Rafael Desert southeast of the east limb of the San Rafael Swell and north of the Henry Mountains. Utah State Route 24 passes about four miles east of the park. Hanksville lies 12 miles to the south.

Hiking is permitted in the park, which features three marked trails. 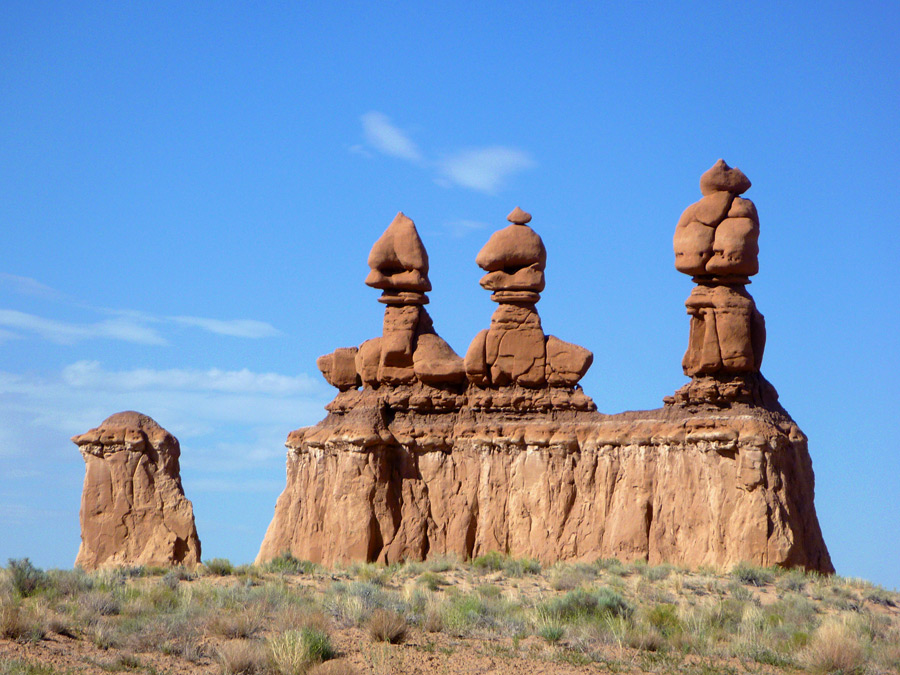 The unusual stone shapes in Goblin Valley result from the weathering of Entrada Sandstone. The Entrada consists of debris eroded from former highlands and redeposited on a former tidal flat of alternating layers of sandstone, siltstone and shale. The rocks show evidence of being near the margins of an ancient sea with the ebb and flow of tides, tidal channels that directed currents back to the sea and coastal sand dunes.

Joint or fracture patterns within the Entrada sandstone beds created initial zones of weakness. The unweathered joints intersected to form sharp edges and corners with greater surface-area-to-volume ratios than the faces. As a result, the edges weathered more quickly, producing the spherical-shaped 'goblins'.

The Entrada Sandstone from which the hoodoos developed was deposited in the Jurassic Period around 170 million years ago. 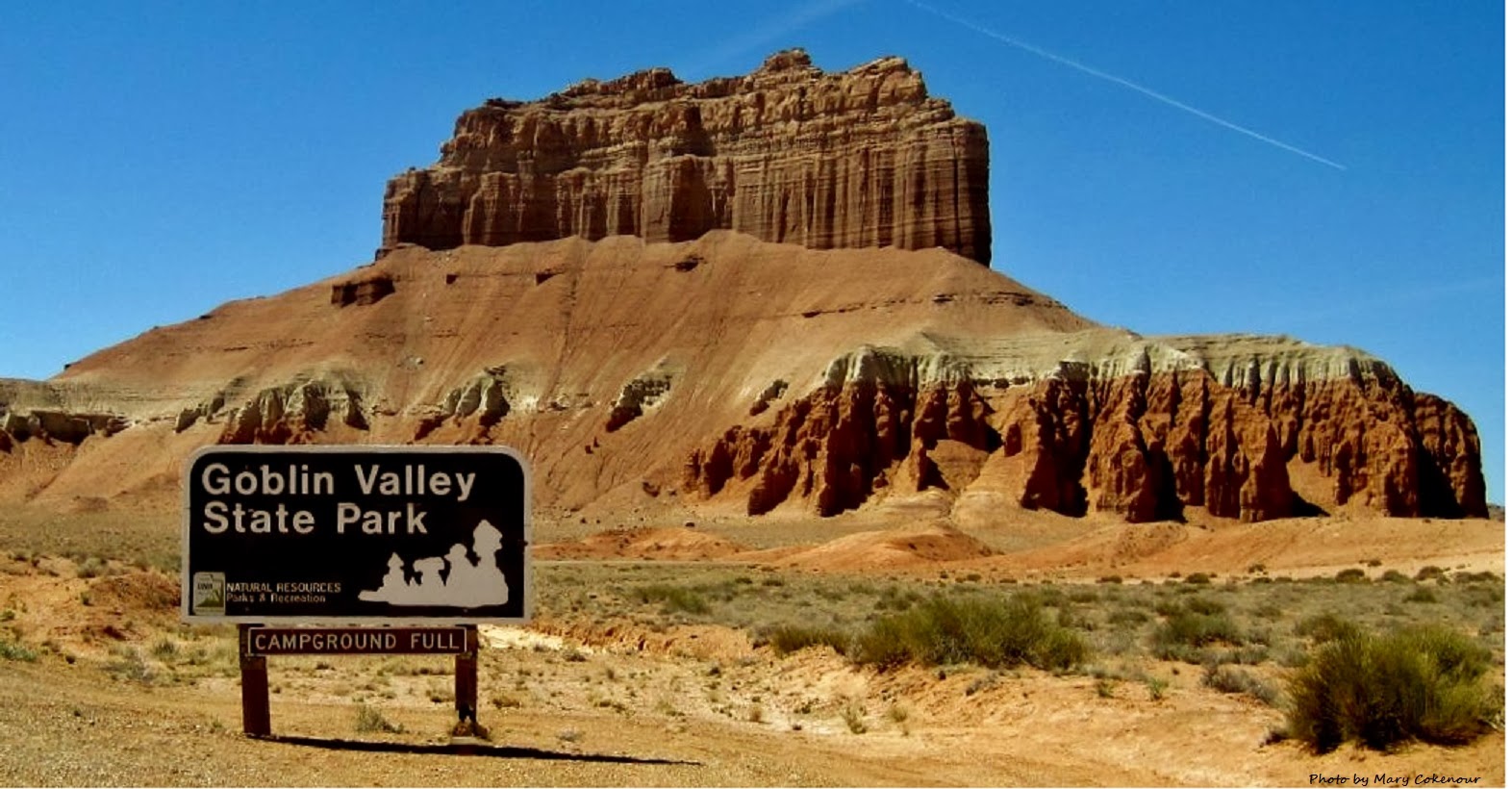