Congestion in Earth's mantle: Mineralogists explain why plate tectonics stagnates in some places 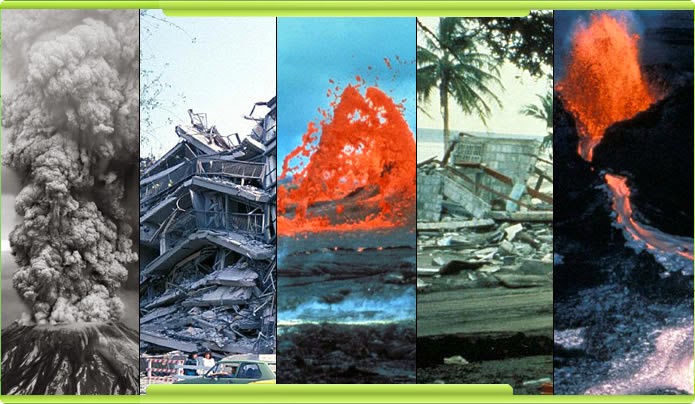 Earth is the only planet in our solar system, conducting such a 'facelift' on a regular basis. But the continuous up and down on Earth's crust doesn't run smoothly everywhere. "Seismic measurements show that in some mantle regions, where one slab is subducted underneath another one, the movement stagnates, as soon as the rocks have reached a certain depth," says Prof. Langenhorst. The causes of the 'congestion' of the subducted plate are still unknown. In the current issue of Nature Geoscience, Prof. Langenhorst and earth scientists of Bayreuth University now explain the phenomenon for the first time.
According to this, the rocks of the submerging ocean plate pond at a depth of 440 to 650 kilometers -- in the transition zone between the upper and the lower Earth mantle. "The reason for that can be found in the slow diffusion and transformation of mineral components," mineralogist Langenhorst explains. On the basis of high pressure experiments the scientists were able to clarify things: under the given pressure and temperature in this depth, the exchange of elements between the main minerals of the subducted ocean plate -- pyroxene and garnet -- is slowed down to an extreme extent. "The diffusion of a pyroxene-component in garnet is so slow, that the submerging rocks don't become denser and heavier, and therefore stagnate," the Jena scientist says.
Interestingly there is congestion in Earth's mantle exactly where the ocean floor submerges particularly fast into the interior of Earth. "In the Tonga rift off Japan for example, the speed of subduction is very high," Prof. Langenhorst states. Thereby the submerging rocks of the oceanic plate stay relatively cold up to great depth, which makes the exchange of elements between the mineral components exceptionally difficult. "It takes about 100 Million years for pyroxene crystals which are only 1 mm in size to diffuse into the garnet. For this amount of time the submerging plate stagnates," Langenhorst describes the rock congestion. It can probably only diffuse at the boundary of the lower Earth mantle. Because then pyroxene changes into the mineral akimotoite due to the higher pressure in the depth of 650 kilometers. "This could lead to an immediate rise in the rock density and would enable the submerging into greater depths."

The above story is based on materials provided by Friedrich-Schiller-Universitaet Jena. Note: Materials may be edited for content and length.