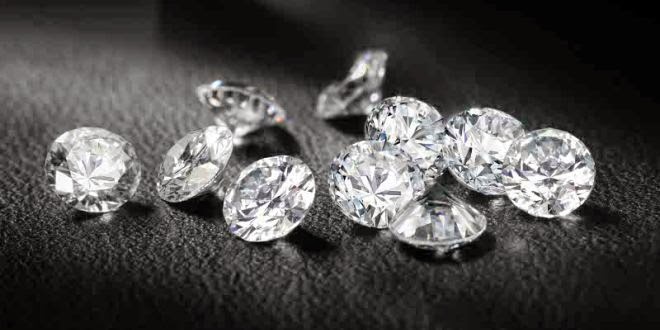 The golf-ball sized chunk of rock contains more than 30,000 diamonds, each less than a millimeter in size (rendering them worthless), along with speckles of red and green garnet and other minerals.
The rock was found in Russia's Udachnaya diamond mine in northern Siberia. The diamond company of Russia, ALROSA, loaned it to Earth and Planetary Sciences Professor Larry Taylor and a team of researchers from the Russian Academy of Sciences so they could study the rock to uncover the diamonds' genesis.
Scientists believe that diamonds form at some 100 miles deep in Earth's mantle and are carried to the surface by special volcanic eruptions. However, most mantle rocks crumble during this journey. This rock is one of only a few hundred recovered in which the diamonds are still in their original setting from within the Earth.
"It is a wonder why this rock has more than 30,000 perfect teeny tiny octahedral diamonds -- all 10 to 700 micron in size and none larger," said Taylor. "Diamonds never nucleate so homogeneously as this. Normally, they do so in only a few selective places and grow larger. It's like they didn't have time to coalesce into larger crystals."
Taylor and his colleagues examined the sparkly chunk using a giant X-ray machine to study the diamonds and their relationships with associated materials. They also beamed electrons at the materials inside the diamonds -- called inclusions -- to study the chemicals trapped inside.
This created two- and three-dimensional images which revealed a relationship between minerals. Analyses of nitrogen indicated the diamonds were formed at higher-than-normal temperatures over longer-than-normal times. The images also showed abnormal carbon isotopes for this type of rock, indicating it was originally formed as part of the crust of Earth, withdrawn by tectonic shifts and transformed into the shimmery rock we see today.
"These are all new and exciting results, demonstrating evidences for the birth mechanism of diamonds in this rock and diamonds in general," said Taylor. The findings were presented at the American Geophysical Union's annual conference in San Francisco in December and will be published in a special issue of Russian Geology and Geophysics this month.

The above story is based on materials provided by University of Tennessee at Knoxville. Note: Materials may be edited for content and length.
Share to: