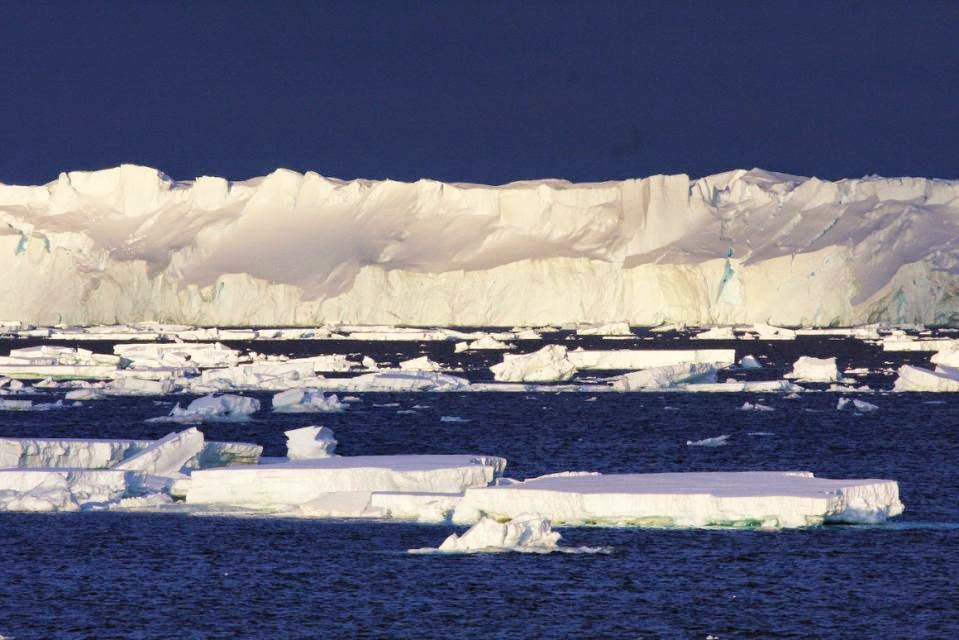 The 120-kilometre (74.4 mile) long Totten Glacier, which is more than 30 kilometres wide, had been thought to be in an area untouched by warmer currents.

But a just-returned voyage to the frozen region found the waters around the glacier were warmer than expected and likely melting the ice from below.

"We knew that the glacier was thinning from the satellite data, and we didn't know why," the voyage's chief scientist Steve Rintoul told AFP.

He said that up until recently the East Antarctica ice sheet had been thought surrounded by cold waters and therefore very stable and unlikely to change much.

But the voyage found that waters around the glacier were some 1.5 degrees Celsius warmer than other areas visited on the same trip during the southern hemisphere summer.

"We made it to the front of the glacier and we measured temperatures that were warm enough to drive significant melt," Rintoul said.

"And so the fact that warm water can reach this glacier is a sign that East Antarctica is potentially more vulnerable to changes in the ocean driven by climate change than we used to think."

Previous expeditions had been unable to get close to the glacier due to heavy ice, but Rintoul said the weather had held for the Aurora Australis icebreaker and a team of scientists and technicians from the Australian Antarctic Division and other bodies.

Rintoul said the glacier was not about to melt entirely overnight and cause a six-metre rise in sea levels, but the research was important as scientists try to predict how changes in ocean temperatures will impact on ice sheets.

"This study is a step towards better understanding of exactly which parts of the ice sheets are vulnerable to ocean warming and that is the sort of information that we can then use to improve our predictions of future sea level rises," he said.

"East Antarctica is not as protected from change as we use to think," he said.

The melt rate of glaciers in the fastest-melting part of Antarctica has tripled over the past decade, analysis of the past 21 years showed, according to research published last month.
Share to: