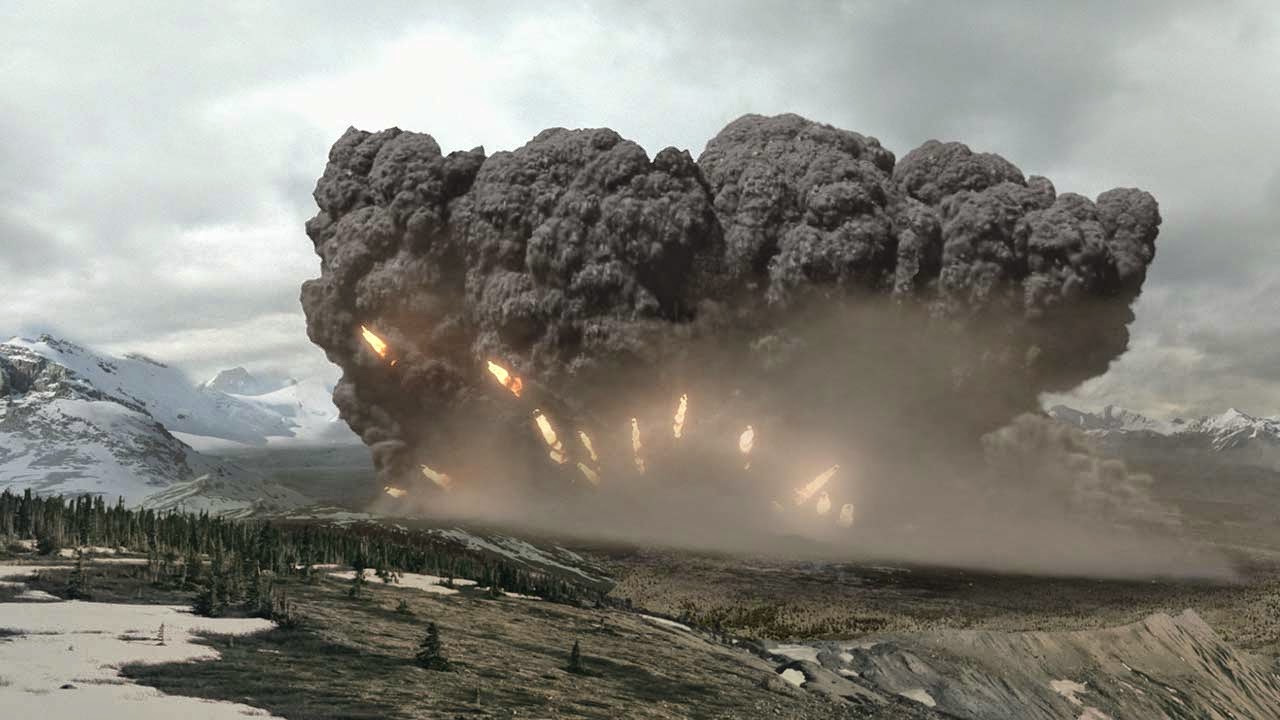 Giant volcanic supereruptions that spew magma across large areas of a continent have not occurred in human history, but they remain a possibility. A new “geobarometer” helps understand how supereruptions could occur.

To understand when and why volcanoes erupt, scientists study the rocks left behind by eruptions past. A method called geobarometry uses the composition of volcanic rocks to estimate the pressure and depth at which molten magma was stored just before it erupted.
A research team led by a Brown University geologist has tested a new type of geobarometer that is well-suited to study the kind of magma often produced in explosive and destructive volcanic eruptions, particularly supereruptions — volcanic events hundreds of times larger than any eruption that has occurred during human history. The research, published in Contributions to Mineralogy and Petrology, shows that the new method is able to calculate depths and pressures of these magma bodies more precisely than other methods.
That makes this new geobarometer — the rhyolite-MELTS geobarometer — a useful tool in understanding how supereruptive systems work, according to Ayla Pamukcu, a postdoctoral researcher at Brown and the new paper’s lead author. There haven’t been any supereruptions during human history, but there are several sites around the world where such eruptions could happen in the future. “Understanding supereruptive systems is something that we care about,” Pamukcu said. “The Yellowstone hotspot, for example, has been the source of multiple supereruptions in the past and is an active system that could create one again.”
The underlying principle of geobarometry is the fact that different minerals crystalize in magma at different pressures. Many geobarometers are mathematical models that calculate pressure based on assemblages of certain minerals present in magmatic rock. That pressure estimate is used to calculate the depth in the crust where the magma was stored.
The rhyolite-MELTS geobarometer looks specifically for the pressure where quartz and feldspar minerals are crystallizing simultaneously. The geobarometer was developed by researchers at Vanderbilt University, where Pamukcu received her Ph.D. and conducted this work, and OFM Research. Some other commonly used barometers use crystals of amphibole along with a suite of five or six other minerals to determine pressure. Because the rhyolite-MELTS geobarometer uses a smaller assemblage of minerals, it could be more broadly applicable than other barometers.
To test the rhyolite-MELTS geobarometer, the researchers looked at a supereruption that happened around 19 million years ago in the southwestern United States. The eruption spewed magma across a large swath of Arizona, Nevada, and California. It’s a rare system that happens to have the right minerals for both the rhyolite-MELTS barometer and amphibole barometers, enabling researchers to compare the performance of each.
They found that the rhyolite-MELTS geobarometer returned much more consistent pressure measurements compared to other barometers. As such, the new technique was able to put tighter constraints on magma depths.
“Some of the amphibole geobarometers are useful for establishing broad crustal locations of magmas — whether they were in the upper, middle, lower crust,” Pamukcu said. “But they are not so good for getting at variations within a crustal horizon. Understanding these small variations is of critical importance, though, and we find that the new geobarometer is effective at garnering such information.”
The research also showed that the new system is good at weeding out rocks that have had their composition altered after they erupted. Interactions with water and a number of other weathering processes can all change the composition of a rock. That can cause geobarometers to return inaccurate pressures. But when the rhyolite-MELTS geobarometer encounters an altered composition, it doesn’t return a pressure.
“So instead of putting bad data in and getting a result out that is wrong, if you put bad data into the rhyolite-MELTS geobarometer, you don’t get anything out at all.”
Now that they have this new validation of the rhyolite-MELTS geobarometer, the researchers are looking forward to using it on other volcanic systems. And because the minerals it uses are widespread, it can be used on many other systems.
“We’re always striving to get new and better barometers,” Pamukcu said. “The fact that this one is more widely applicable is exciting.”

Note : The above story is based on materials provided by Brown University.