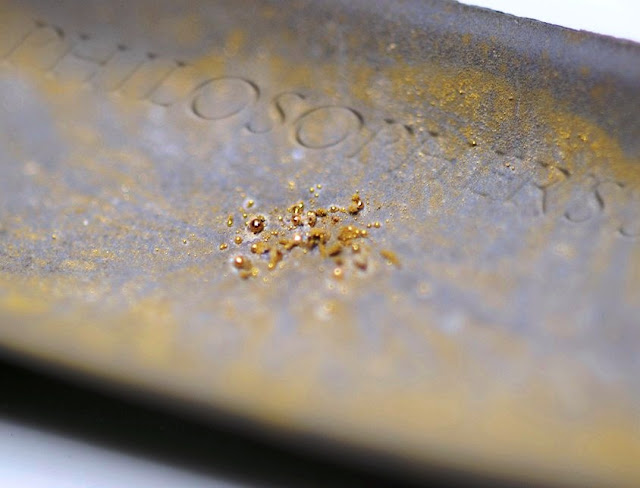 The gold you see in the photo above was not found in a river or a mine. It was produced by a bacteria that, according to researchers, can survive in extreme toxic environments and create 24-karat gold nuggets Pure gold.