The Crystal Mountain in Egypt (Photos) 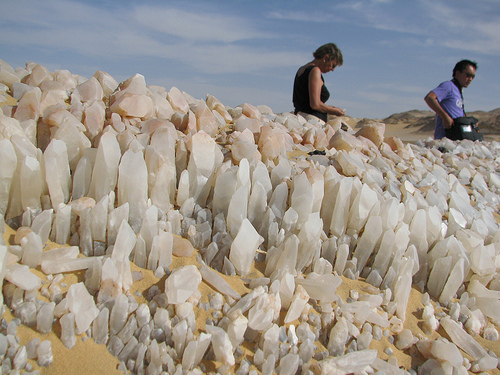 The Crystals are probably Barite (Schwerspat, BaSO4) and/or Calcite crystals (CaCO3). The hill was opened during works at the road from Farafra to Bahariya by accident and destroyed in part.

The hill is not a paleokarst cave with columnar-shaped stalagmites. It is a subvolcanic vault, which was emerged probably during the Oligocene age. The visible layers are e.g. White Desert limestone of the Khoman Fm.* (Late Cretaceous age), as well as a younger coal seam and hydrothermal impregnated reddish to brownish ferruginous layers. The strata are broken or brecciated and intensely with each other folded.


It is to be ascertained intense heat. The coal seam e.g. was transformed to anthracite. The crystals have increased out of climbed hydrovolcanic solutions. The hot solutions were high concentrated with BaSO4 and/or CaCO3, which had been solved from the sediments. The solutions have penetrated into all cavities. After cooling of the solutions the crystals could increase. It were formed columns or round domes with crystals within.

The Barite veins are widely distributed to the south of Gebel El Hafhuf which is composed of a rock sequence including sandstone, shale, limestone, phosphatic limestone and phosphatic calcareous sandstone. This succession is capped by the Oligo-Miocene basaltic sheet which takes the form of open circle of about 20 m thickness. 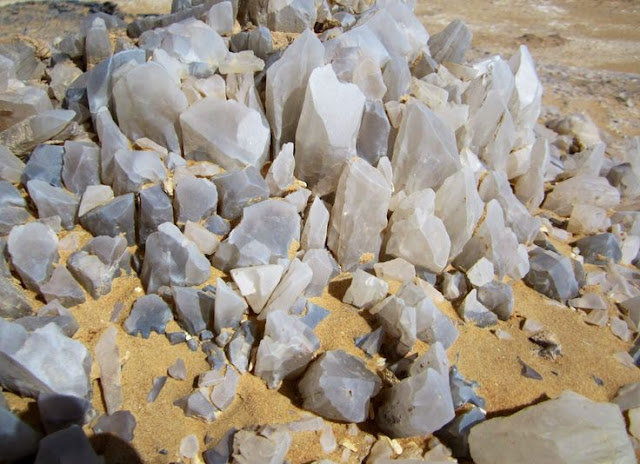 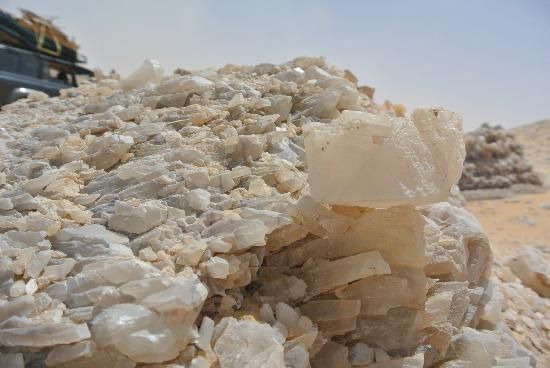 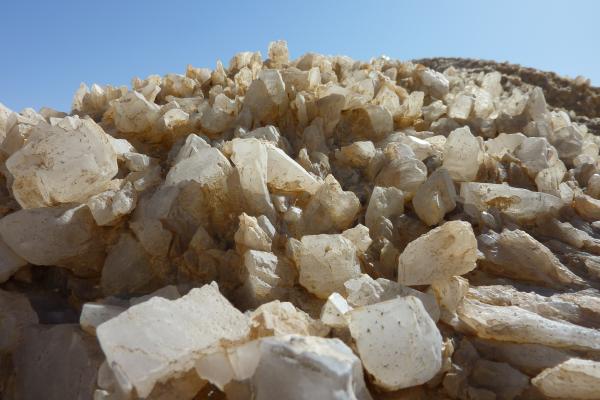 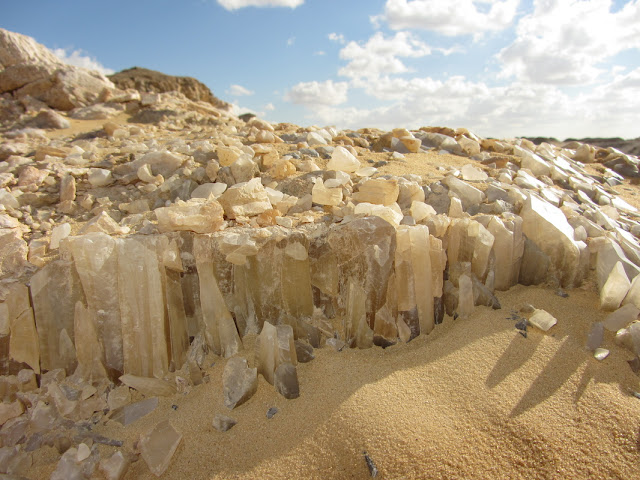 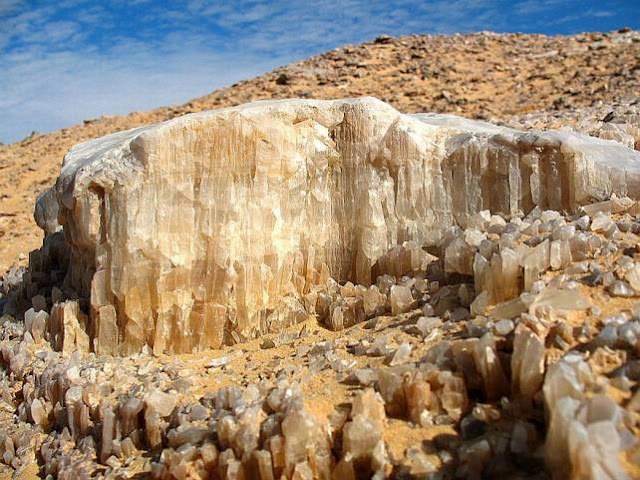 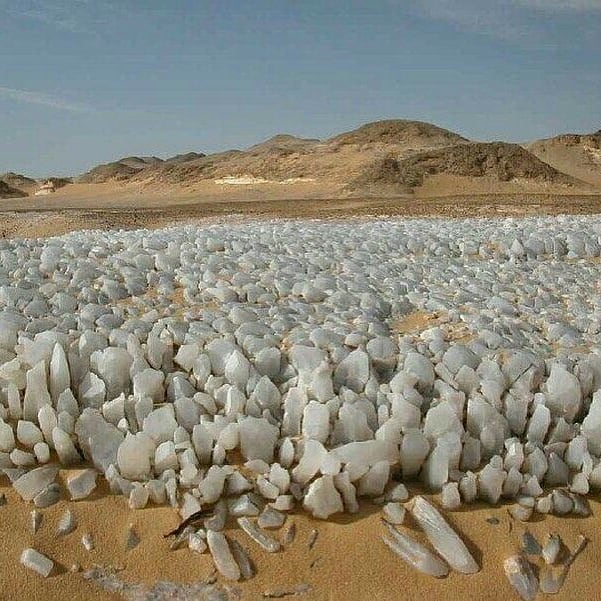 References:
The Geology of Egypt
The "Crystal Mountain" in Egypt by Norbert Brügge, Germany
Egypt-Cairo
Share to: