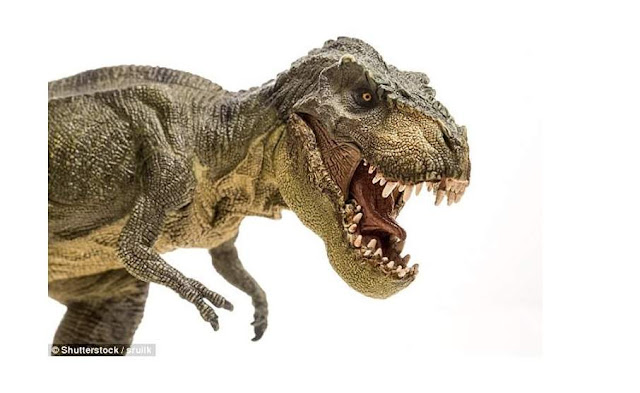 One of the largest and most terrifying predators to ever hunt upon the planet's surface had funny-looking, pipsqueak arms. There, we said it.

But just because Tyrannosaurus rex's tiny and seemingly disproportionate mini-arms were kind of ridiculous doesn't mean they weren't functional killing machines in their own right, new research suggests.

According to palaeontologist Steven Stanley from the University of Hawaii at Manoa, T. rex's 1 metre long (3.3 feet) forelimbs may have been miniature in relation to the rest of this towering carnivore, but they could still have been adapted for "vicious slashing" of cornered prey.

In response to the long-held view that T. rex arms could have been a vestigial feature of the animal – a shrunken evolutionary hangover from the dinosaur's ancestors – Stanley argues that these maligned extremities (if you're feeling generous) have been unfairly represented.

In a new paper presented recently at the annual conference of the Geological Society of America, Stanley suggests the arms' short length and reach would have actually been an asset when dealing with prey at close quarters.

"Its short, strong forelimbs and large claws would have permitted T. rex, whether mounted on a victim's back or grasping it with its jaws, to inflict four gashes a metre or more long and several centimetres deep within a few seconds," Stanley writes, "and it could have repeated this multiple times in rapid succession."

To support the claim, Stanley points to the mini-arms' strength and robustness, indicated by the bones that make up the limbs and the dinosaur's large coracoid – a paired bone in the shoulder that helps control arm movement.

Plus, T. rex's limited number of claws – just two on each forelimb – would have helped the creature exert up to 50 percent more pressure in clawing and slashing. For comparison, the norm for theropods was three claws.

The humeral head – where the T. rex's arm meets the shoulder socket – resembles an "unusual quasi-ball-and-socket joint that would have provided considerable mobility for slashing," Stanley contends, and finally there's the matter of the dinosaur's claws.

At up to 10 centimetres (4 inches) in length, these huge, sickle-shaped extensions would have caused deep wounds in any prey they carved through, which could be considered more evidence that the arms as a whole weren't an evolutionary remnant.

"Infliction of damage by slashing was widespread among other theropod taxa," Stanley explains, "so in light of its formidable weaponry, why should T. rex not have engaged in this activity?"

Stanley acknowledges the arms still shrank over the course of the dinosaur's evolution, where its powerful jaw superseded T. rex's ability to grasp at prey with its forelimbs – but rather than becoming a useless appendage, he thinks the arm's features reveal a deadly close-quarters weapon that evolved through natural selection.

So far, other scientists aren't so sure.

"I would expect it could cause some decent damage if it struck, but in order to deploy [the arm], Tyrannosaurus would basically have to push its chest up against the side of the victim," palaeontologist Thomas Holtz from the University of Maryland, who wasn't involved with the research, told National Geographic.

Despite this limitation, Holtz admitted it was possible younger specimens could have made more use of the slashing manoeuvre Stanley suggests.

"It might be that the arms were actually more functional in young T. rex, and became reduced in function as it became older," Holtz said.

"The strike zone would be proportionately larger in a young T. rex – and going after smaller prey would mean the force required to kill the victim would be less."

In all likelihood, this almost certainly won't be the last we hear about the intended use – or not – of T. rex's stumpy arms.

It's also previously been suggested that the short forelimbs could have been used for grasping at close quarters when two of the dinosaurs were mating.

The findings were presented at the annual meeting of the Geological Society of America in Seattle, Washington, in October.


The study was published in the  Geological Society of America.
Share to: