How Microplastics Are Affecting Marine Organisms 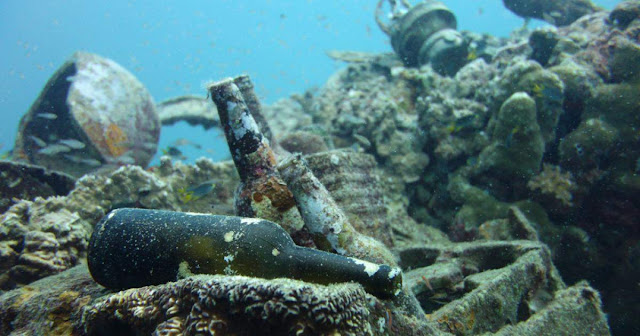 Coastal marine organisms are hit hard by pollution and global climate change stress. Perhaps a result of publication bias, studies often focus on species that are negatively impacted. However, to better understand how the ecological communities would response to these human-induced stress, it is equally important to study organisms that are seeming pollutant tolerant.

Invasive species are "expats" that have created successful populations in and in turn adversely affect the foreign habitat they colonize. The North American native slipper limpet, Crepdiula onyx, is one such species found in Asia. A group of scientists at the Chan Lab of the Division of Life Science, HKUST, uses this species as a model organism to test if these invaders are also "immune" to an emergent pollutant: microplastics.

These <5mm plastic pieces are of increasing concerns as it account for over 90% of floating plastic in the ocean. The group reported that the snails growth and development were unaffected by the presence of microplastics at environmentally relevant concentration -- suggesting that these little invaders may further threaten other marine organisms that are less resilient.

Their findings were published in the journal Environmental Pollution.

"Microplastics exposure could be detrimental to marine organisms especially under high concentrations," said Abby Lo Hau Kwan, PhD student at the Division of Life Science, HKUST, and co-author of the paper.

"In our two-stage experiment, we first exposed Crepidula onyx to additions of algae-sized micro-polystyrene (micro-PS) beads at different concentrations, including ones that were comparable their algal diet. We then halted or continued after settlement and continued to measure the impact of microplastics in the snails."

The group found that at environmentally relevant concentration, larval and juvenile C. onyx were not affected at all. At higher concentrations, the micro-PS fed larvae consumed a similar amount of algae compared to those in control, but grew relatively slower, suggesting that ingestion and/or removal of microplastic was/were energetically costly.

"The larvae also settled earlier at a smaller size compared to the control, which could negatively affect post-settlement success," said Karen Chan, Assistant Professor at the Divison of Life Science, HKUST, and lead author and researcher of the Chan Lab.

"As expected, juvenile C. onyx receiving continuous micro-PS addition had slower growth rates. Interestingly, individuals only exposed to micro-PS during their larval stage but not after settlement continued to have slower growth rates than others. This legacy effect would warrant further investigation and work."

"The problem is, C. onyx were unfazed by microplastics at environmental concentration, which would place them higher in the resilience pecking order compared to other species we have examined," noted Chan.

"This may explains why C. onyx is so common in the sea waters in Hong Kong, despite its foreign origin. Further work on their coping mechanisms may help us understand how organisms will function in a changing world."


The above story is based on Materials provided by Hong Kong University of Science and Technology.
Share to: