Volcanoes Shaped the Climate Before Humankind 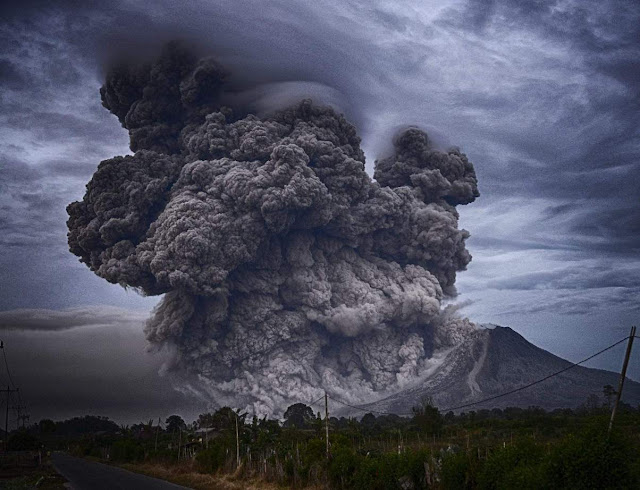 The volcanoes in the tropics went crazy between 1808 and 1835: Not only did Tambora erupt in Indonesia during this short period of time but there were also four other large eruptions. This unusual series of volcanic eruptions caused long-lasting droughts in Africa and contributed to the last advance of Alpine glaciers during the Little Ice Age.

"Frequent volcanic eruptions caused an actual gear shift in the global climate system," says Stefan Brönnimann, head of the international research team that discovered the effects of the series of eruptions on the oceans and thus on atmospheric circulation. Brönnimann is Professor of Climatology at the University of Bern and a member of the Oeschger Centre for Climate Research. Their research has been published in the Nature Geosciences journal.

Less rain in Africa and India, more rain and snow in Europe

For their investigations, the researchers analyzed new climate reconstructions that include atmospheric circulation and compared the results to observation-based data. Model simulations finally helped to pin down the role of the oceans in climate change in the early 19th century and showed that they could not recover from the effects of the sequence of eruptions for several decades.

The consequences: the persistent weakening of the African and Indian monsoon systems and a shift of atmospheric circulation over the Atlantic-European sector. This led to an increase in low-pressure systems crossing Central Europe.

The last glacier advance in the Alps from the 1820s to the 1850s, depicted in paintings and even old photographs, is a consequence of increased precipitation due to the altered circulation in combination with low temperatures. However, global temperature increased again from the late 19th century onward. The Little Ice Age was eventually superseded by a first phase of global warming, culminating in the 1940s and with a significant humanmade contribution.

Important for the definition of "pre-industrial climate"

The new Bern study not only explains the global early 19th century climate, but it is also relevant for the present. "Given the large climatic changes seen in the early 19th century, it is difficult to define a pre-industrial climate," explains lead author Stefan Brönnimann, "a notion to which all our climate targets refer." And this has consequences for the climate targets set by policymakers, who want to limit global temperature increases to between 1.5 and 2 degrees Celsius at the most. Depending on the reference period, the climate has already warmed up much more significantly than assumed in climate discussions.

The reason: Today's climate is usually compared with a 1850-1900 reference period to quantify current warming. Seen in this light, the average global temperature has increased by 1 degree. "1850 to 1900 is certainly a good choice but compared to the first half of the 19th century, when it was significantly cooler due to frequent volcanic eruptions, the temperature increase is already around 1.2 degrees," Stefan Brönnimann points out.


The above story is based on Materials provided by University of Bern.
Share to: