Dinosaurs Were Killed by Asteroid and Not Volcanoes, Scientists Confirm 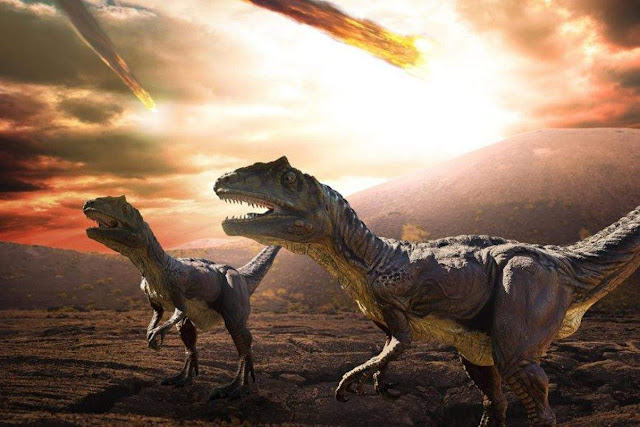 Volcanic activity did not play a direct role in the mass extinction event that killed the dinosaurs, according to an international, Yale-led team of researchers. It was all about the asteroid.

In a break from a number of other recent studies, Yale assistant professor of geology & geophysics Pincelli Hull and her colleagues argue in a new research paper in Science that environmental impacts from massive volcanic eruptions in India in the region known as the Deccan Traps happened well before the Cretaceous-Paleogene extinction event 66 million years ago and therefore did not contribute to the mass extinction.

Most scientists acknowledge that the mass extinction event, also known as K-Pg, occurred after an asteroid slammed into Earth. Some researchers also have focused on the role of volcanoes in K-Pg due to indications that volcanic activity happened around the same time.

"Volcanoes can drive mass extinctions because they release lots of gases, like SO2 and CO2, that can alter the climate and acidify the world," said Hull, lead author of the new study. "But recent work has focused on the timing of lava eruption rather than gas release."

To pinpoint the timing of volcanic gas emission, Hull and her colleagues compared global temperature change and the carbon isotopes (an isotope is an atom with a higher or lower number of neutrons than normal) from marine fossils with models of the climatic effect of CO2 release. They concluded that most of the gas release happened well before the asteroid impact -- and that the asteroid was the sole driver of extinction.

"Volcanic activity in the late Cretaceous caused a gradual global warming event of about two degrees, but not mass extinction," said former Yale researcher Michael Henehan, who compiled the temperature records for the study. "A number of species moved toward the North and South poles but moved back well before the asteroid impact."

Added Hull, "A lot of people have speculated that volcanoes mattered to K-Pg, and we're saying, 'No, they didn't.'"

Recent work on the Deccan Traps, in India, has also pointed to massive eruptions in the immediate aftermath of the K-Pg mass extinction. These results have puzzled scientists because there is no warming event to match. The new study suggests an answer to this puzzle, as well.

"The K-Pg extinction was a mass extinction and this profoundly altered the global carbon cycle," said Yale postdoctoral associate Donald Penman, the study's modeler. "Our results show that these changes would allow the ocean to absorb an enormous amount of CO2 on long time scales -- perhaps hiding the warming effects of volcanism in the aftermath of the event."


The above story is based on Materials provided by Yale University. Original written by Jim Shelton.
Share to: