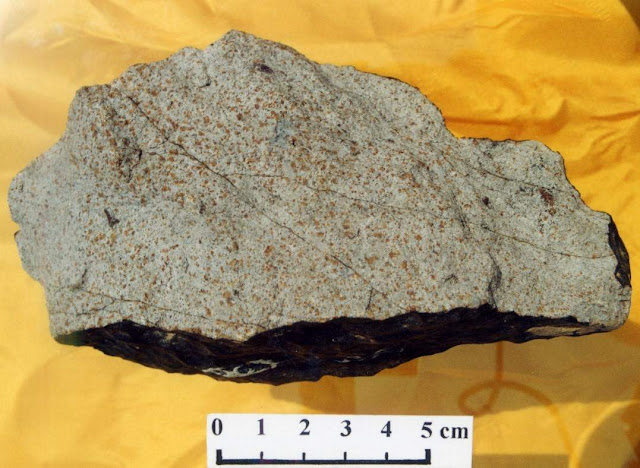 A mineral unknown on Earth could be the most abundant mineral on Mars, according to a discovery made analyzing the chemical composition of a meteorite.


Even when the precise properties on the Martian mantle – a layer of rock between the crust and the planet’s core – are nonetheless not recognized, seismic surveys carried out by NASA’s InSight lander counsel that its density is larger than that of Earth. Scientists clarify this commentary by proposing that Mars consists primarily of minerals with a excessive focus of heavier components, like magnesium and iron, however no mineral recognized from Earth suits the wanted chemical properties.

Elgoresyte, a new mineral that may be present in abundance in the heart of Mars, was discovered in a meteorite. The discovery is due to Luca Bindi, a researcher at the University of Florence, at the head of an international group of scholars who identified a new material with unprecedented characteristics in a meteorite fragment, whose existence until now could only be hypothesized .

The new mineral was isolated from a sample of a meteorite, called Suizhou, which fell in April 1986 in Dayanpo, China, and was formed in the collision between asteroids in space, under conditions of very high pressures and temperatures, comparable to those present in the deep mantle of our planet; but in its chemical composition the quantity of magnesium and iron is so high as to suggest that it is the material of which the mantle of Mars is mainly composed.

“Although the details of the composition of the mantle of Mars are still under discussion – explains Bindi, professor of mineralogy -, it seems certain that it contains a higher quantity of magnesium and iron than the Earth and above all a ratio (Mg + Fe) / More than double silicon “.

“A similar mineral has never been found on our planet. It is a magnesium silicate containing iron and aluminum, which has a ratio (Mg + Fe) / Si = 2.5. If we think that the mineral that until today is attested as the main component of the earth’s mantle, bridgmanite, has a ratio (Mg + Fe) / Si = 1, what we have discovered – comments Bindi – has a quantity of magnesium and iron so high as to make it the ideal candidate for the composition of the Martian mantle “.

The results of the analysis conducted by the team of researchers were approved by the Commission on New Minerals, Nomenclature and Classification of the International Mineralogical Association and the elgoresyite – named after Ahmed El Goresy, an Egyptian scientist known for characterizing meteorites that have undergone shock phenomena – was officially recognized as a new mineral.

The above story is based on materials provided by University of Florence.