How Does Bowen's Reaction Series Relate to the Classification of Igneous Rock? 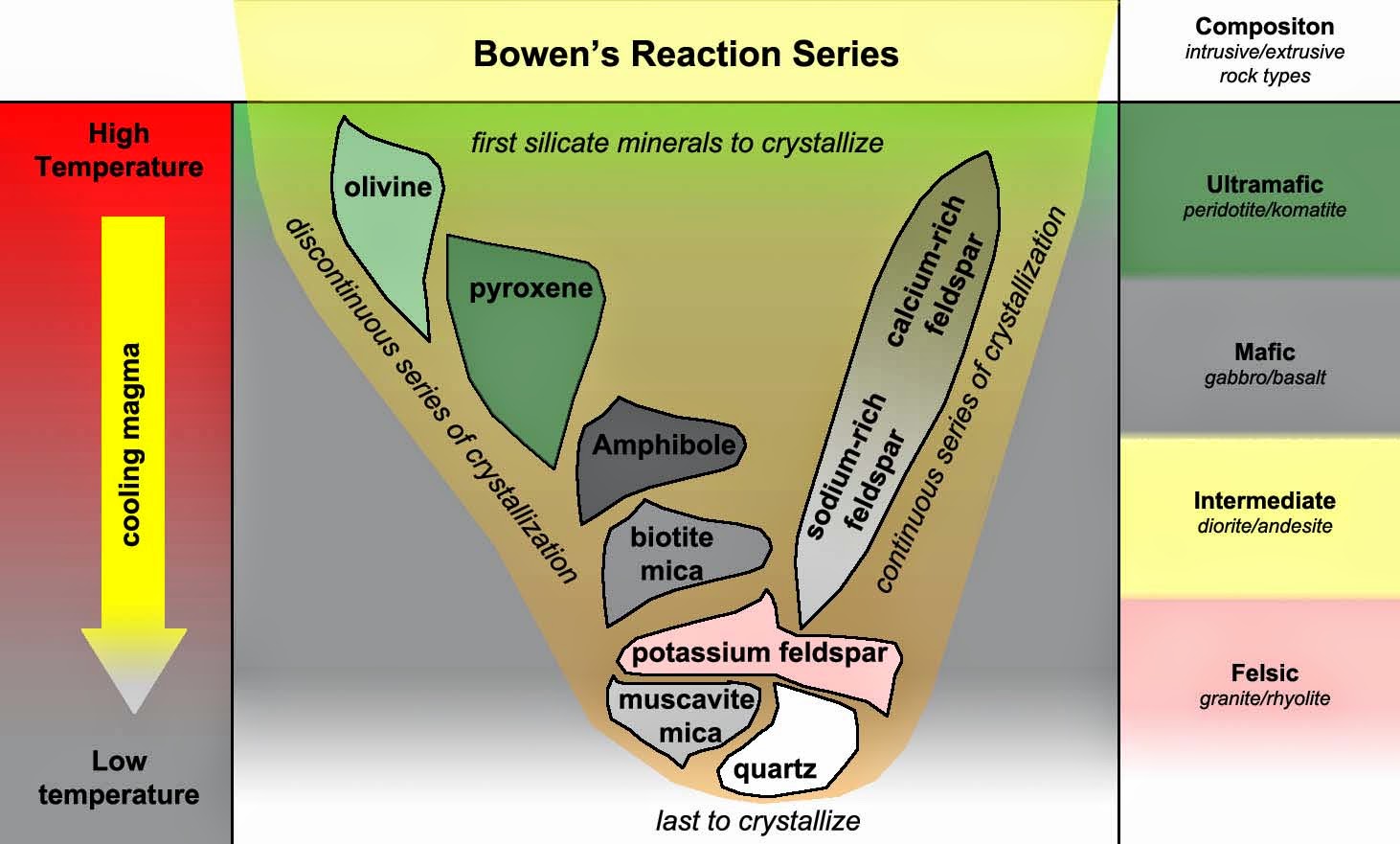 
The Principles that Bowen realized are as follows:


In general terms, the higher temperature minerals have a higher proportion of iron and magnesium, and are therefore considered to be mafic. The lower temperature minerals are related to the opposite end of the compositional spectrum (lower in iron and magnesium, higher in silicon and oxygen), and are considered to be felsic. Some minerals are clearly mafic, some are clearly felsic, and some fall in between these two extremes.

The other factor which contributes to the differences in igneous rocks relates to the length of time it took for the magma to crystallize. In general terms, the faster the rate of cooling (common to extrusive, volcanic rocks), the smaller the resulting mineral grains. Slower cooling histories (commonly intrusive) result in a coarser-grained rock.

Magmas of intermediate composition result in the crystallization of intermediate minerals (actually a mix of the mid-range minerals: amphibole and both types of feldspar), with the common igneous rocks being andesite (extrusive) and diorite (intrusive).