The River of Five Colors

tourism 2:12 PM
A+ A-
Print Email
Caño Cristales is a Colombian river located in the Serrania de la Macarena province of Meta. The river is commonly called "The River of Five Colors" or "The Liquid Rainbow", and is even referred to as the most beautiful river in the world due to its striking colors. 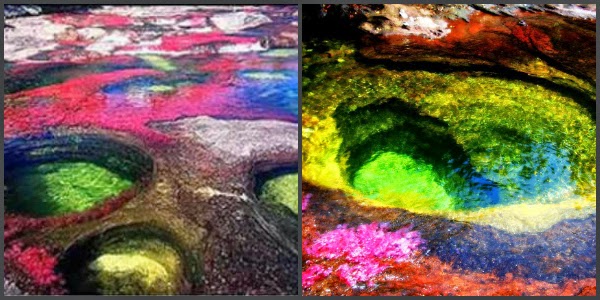 The bed of river in the end of July - November is colored in gaudy colors, including yellow, green, blue, black, and especially red, the last caused by the Macarenia clavigera (Podostemaceae) on the bottom of the river. 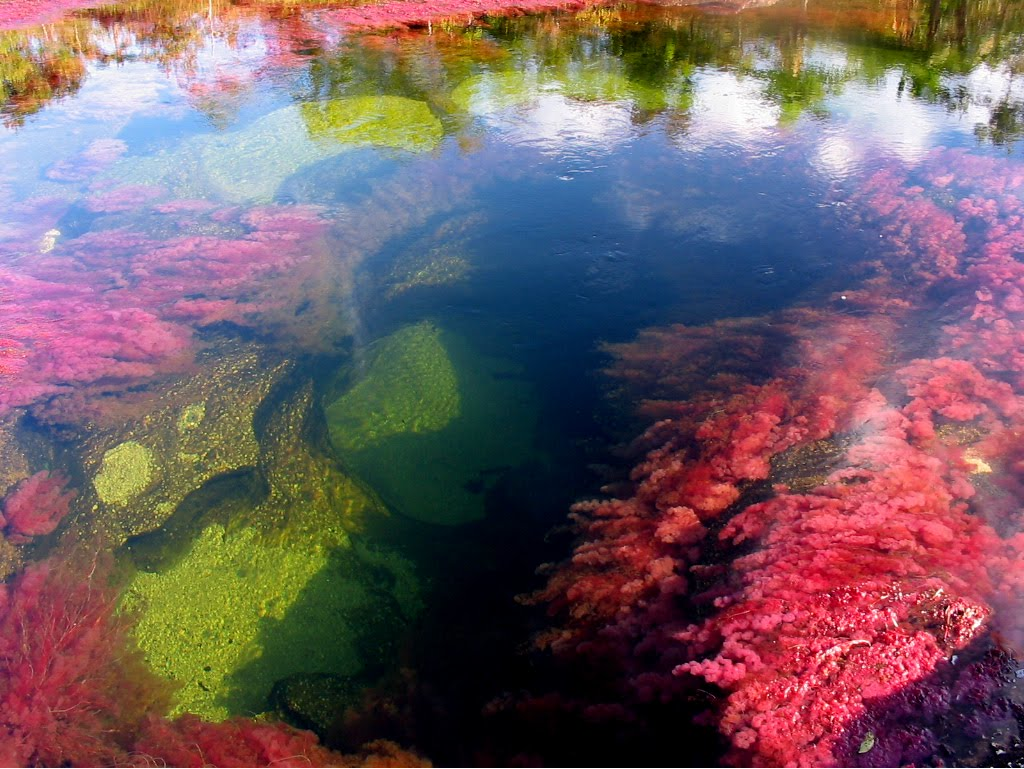 The quartzite rocks of the Serrania de la Macarenia tableland formed approximately 1.2 billion years ago. They are a western extension of the Guiana Shield of Venezuela, Guyana, and Brazil and belong to the oldest explosed rocks in the world.

Caño Cristales is fast river with many rapids and waterfalls. Often in the bed have formed small circular pits - giant's kettles, which have been formed by pebbles or chunks of harder rocks. When one of these harder rock fragments falls into one of the cavities, it is rotated by the water current and begins to carve at the cavity wall and increases the dimensions of the pit. 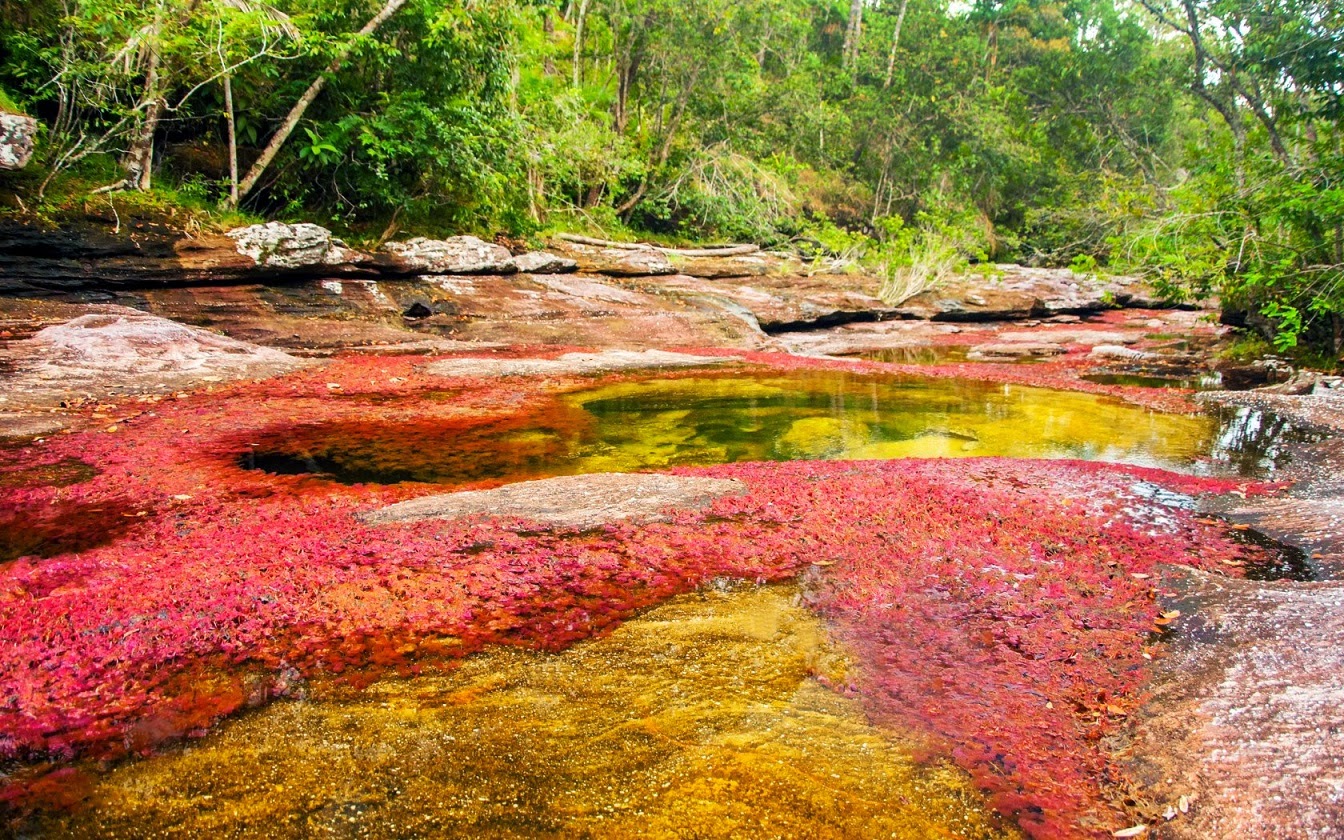