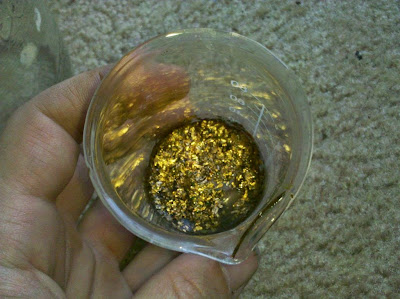 New catalysts designed and investigated by Tufts University School of Engineering researchers and collaborators from other university and national laboratories have the potential to greatly reduce processing costs in future fuels, such as hydrogen. The catalysts are composed of a unique structure of single gold atoms bound by oxygen to several sodium or potassium atoms and supported on non-reactive silica materials. They demonstrate comparable activity and stability with catalysts comprising precious metal nanoparticles on rare- earth and other reducible oxide supports when used in producing highly purified hydrogen. The work, which appears in the November 27, 2014, edition of Science Express, points to new avenues for producing single-site supported gold catalysts that could produce high-grade hydrogen for cleaner energy use in fuel-cell powered devices, including vehicles.

"In the face of precious metals scarcity and exorbitant fuel-processing costs, these systems are promising in the search for sustainable global energy solutions," says senior author Maria Flytzani-Stephanopoulos, the Robert and Marcy Haber Endowed Professor in Energy Sustainability and professor in the Department of Chemical and Biological Engineering at Tufts.

Flytzani-Stephanopoulos's research group has been active in designing catalysts requiring a lower amount of precious metals to generate high-grade hydrogen for use in fuel cells. The water-gas shift reaction, in which carbon monoxide is removed from the fuel gas stream by reacting with water to produce carbon dioxide and hydrogen, is a key step in the process. Catalysts, such as metal oxide supported precious metals like platinum and gold, are used to lower the reaction temperature and increase the production of hydrogen.

The Tufts group was the first to demonstrate that atomically dispersed gold or platinum on supports, such as cerium oxide, are the active sites for the water-gas shift reaction. Metal nanoparticles are "spectator species" for this reaction.

Flytzani-Stephanopoulos says the new research suggests single precious metal atoms stabilized with alkali ions may be the only important catalyst sites for other catalytic reactions. "If the other particles are truly 'spectator species', they are therefore unnecessary. Future catalyst production should then focus on avoiding particle formation altogether and instead be prepared solely with atomic dispersion on various supports," says Flytzani-Stephanopoulos.

The just published research describes how single gold atoms dispersed on non-reactive supports based on silica materials can be stabilized with alkali ions. As long as the gold atoms, or cations, are stabilized in a single-site form configuration, irrespective of the type of support, the precious metal will be stable and operate for many hours at a range of practical temperatures.

"This novel atomic-scale catalyst configuration achieves the maximum efficiency and utilization of the gold," says Flytzani-Stephanopoulos, who directs the Tufts Nano Catalysis and Energy Laboratory. "Our work showed that these single-site gold cations were active for the low-temperature water-gas shift reaction and stable in operation at temperatures as high as 200°C."

"Armed with this new understanding, practitioners will be able to design catalysts using just the necessary amount of the precious metals like gold and platinum, dramatically cutting down the catalyst cost in fuels and chemicals production processes," she adds.