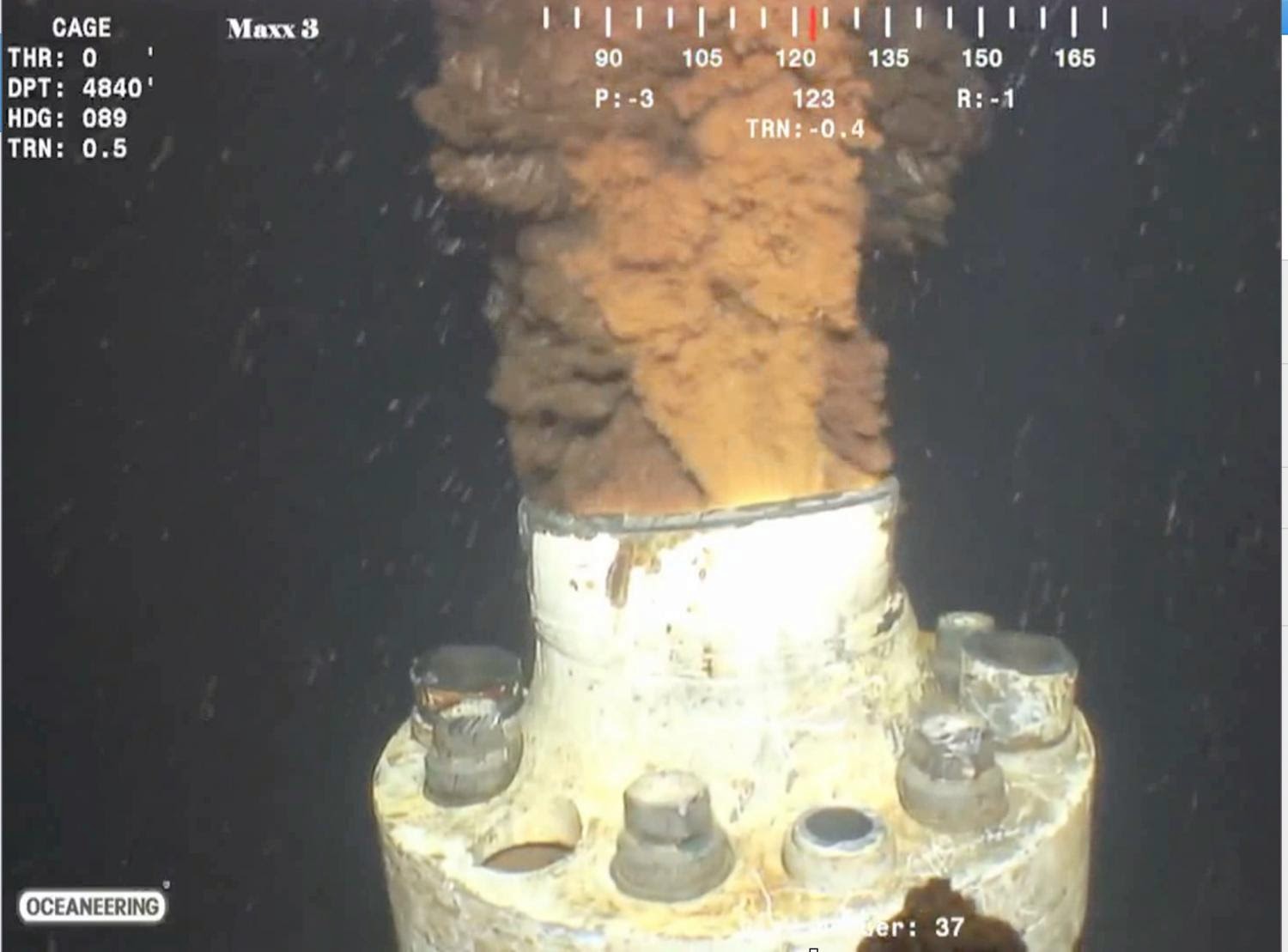 first-of-its-kind study observed how oil droplets are formed and measured their size under high pressure. They further simulated how the atomized oil spewing from the Macondo well reached the ocean's surface during the Deepwater Horizon accident. The findings from the University of Miami (UM) Rosenstiel School of Marine and Atmospheric Science and University of Western Australia research team suggest that the physical properties in deep water create a natural dispersion mechanism for oil droplets that generates a similar effect to the application of chemical dispersants at oil spill source.

"These results support our initial modeling work that the use of toxic dispersants at depth should not be a systematic oil spill response," said Claire Paris, Associate Professor of Ocean Sciences at the UM Rosenstiel School. "It could very well be unnecessary in some cases."
The research team from C-IMAGE (Center for the Integrated Modeling and Analysis of the Gulf Ecosystem) conducted eight experiments to simulate different pressures of oil from a blowout at depth. The oil was placed in a high-pressure chamber, called a sapphire autoclave, and monitored using a high-speed, high-resolution camera to evaluate how droplets form at varying turbulent conditions.
"This is the first time that we've been able to visually monitor how droplets break up and coalesce at up to 120 times atmospheric pressure," said Zachary Aman, associate professor of mechanical and chemical engineering at the University of Western Australia. "When paired with the high pressures and flow rates of Macondo, the results suggest a natural mechanism by which oil is dispersed into small droplets."
The results of the laboratory experiment were applied in a field-scale simulation under the same physical conditions that existed during the Macondo well blowout. In the computer simulation, the team tracked the oil released at a constant rate of 1000 oil droplets every two hours at a depth of 300 meters above the Macondo well, corresponding to the depth of the observed deep plume, from April 20 to July 15, 2010, when the Macondo well was capped; droplets were tracked for an additional 24 days after the cap was in place.
Based on the experimental data and modelling, the researchers suggest that the use of chemical dispersants may have reduced the mean oil droplet diameter from about 80 to 45 µm, which would have reduced the amount of oil reaching the surface only by up to 3%. The model simulations showed that if the blowout occurred in shallow water conditions, or at a smaller rate of hydrocarbon release, dispersant may have had a more significant impact on the oil flowing from the well.
The research paper, entitled "High-pressure visual experimental studies of oil-in-water dispersion droplet size," will be published in the May 4 edition of the journal Chemical Engineering Science and is currently available in the online edition. The study's co-author's include Claire B. Paris and David Lindo-Atichati of the UM Rosenstiel School and Zachary Aman, Eric F. May and Michael L. Johns of the University of Western Australia.

The above story is based on materials provided by University of Miami Rosenstiel School of Marine & Atmospheric Science. Note: Materials may be edited for content and length.
Share to: